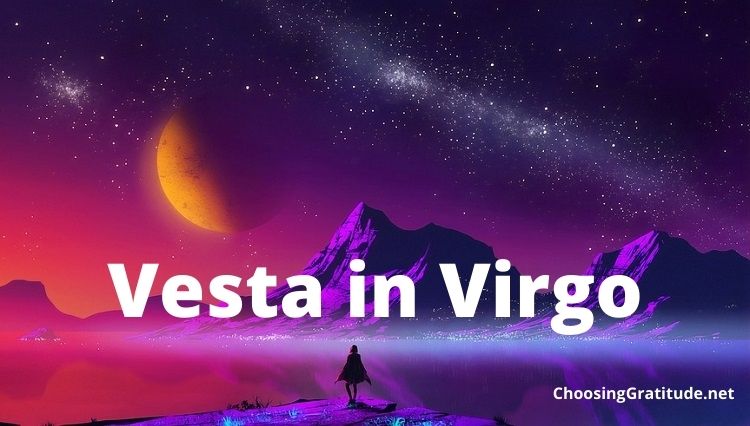 Astrology is a profound and mystical method of forecasting human affairs and mundane events, which adds depth and nuance in portraying various aspects of the individual and collective human psyche.

Even if the belief in astral projections is not prominent in some people, we can learn extensively about ourselves (and others) through this pseudoscience.

Astrology experts base their knowledge and forecasting on the Sun, the Moon, various planets, and the fixed stars we can locate in the night sky.

But as of the 19th century, that insight expanded to asteroids and meteors.

Before anyone panics, do not worry! Asteroids in this divine scenario cannot hurt anyone, as they infuse more knowledge about our behaviors and nature instead.

The first and most famous asteroids observed were Ceres, Pallas, Juno, and Vesta, the only known Asteroids from 1808 to 1845.

Only the four main ones are crucial in understanding human nature through astrology, even though bountiful meteors have been discovered since then.

The last asteroid to count as a planet, Vesta is considered the virgin goddess, an ideal candidate to measure in the Virgo energy.

Asteroid Vesta is the second most massive body in the so-called asteroid belt consisting of many other asteroids, only surpassed by the dwarf planet Ceres.

It was discovered in 1807 by a German astronomer Heinrich Wilhelm Olbers who named it after the virgin goddess of the home.

After sending his findings to the British astronomer William Herschel, Olbers discovered Vesta in the constellation Virgo – a symbolic find for our topic – in the intersection between Ceres and Pallas.

This discovery was a coincidence because the other three main asteroids are not fragments of any larger bodies but rather exist alone.

Also known as the 4 Vesta, this large massive body was almost considered a dwarf planet by NASA upon discovery.

This thought was due to its spherical shape and similar composition to the Earth, but it never gathered that title.

Vesta formed earlier than most celestial bodies, within 1 to 2 million years of the beginning of our Solar System.

Today, it has one of the brightest ranges of any rocky bodies in our Universe due to the native rocks glistening upon a dark material underneath.

It has a magnitude of 5.1 which means that sometimes it can be apparent to the naked eye.

Asteroid Vesta lost about one percent of its mass in a massive collision almost a billion years ago, but it still has around 350,000 square miles of surface area. It is similar to the size of Venezuela and Tanzania.

As mentioned, Vesta is the virgin goddess of the heart, family, and home in Roman religion and the goddess of the sacrificial fire, virginity, and family in ancient Greek mythology.

Similarly to her Greek counterpart, Vesta was born to her Father, Kronos, and Mother, Rhea, but she caught the attention of the two gods, Apollo and Neptune, due to her beautiful features and kind heart.

As she did not believe in marriage and considered her contribution to lay elsewhere, she asked Jupiter to keep her youth and virginity by not marrying anyone.

Jupiter granted her wish to avoid a war between the two gods, allowing her to focus on herself and her trait.

Vesta especially connects to tending the fire and keeping the home. In Roman mythology, the fireplace is a sacred, centralized place in the house around which the family gathers.

Keeping the fire burning is keeping the family spirits together, essential for the upkeep of the home.

These divine traits were not limited to only her, as they extended far into the works of other deities.

Suchlike the other 12 Olympians, the greatest Olympian gods in ancient mythology, Vesta had her fair share of control over a crucial part of everyday life.

She was memorable for keeping families together, ruling over domestic affairs, and keeping the heart warm.

Especially when it comes to the home’s heart, around which the family gathers. Besides this, Vesta tended to the burning of eternal fire atop Mount Olympus.

Regardless of the mythology, Vesta and Hestia symbolized so much more than themselves – keeping order where necessary and vouching for peace, family, and home over everything.

Since the first astronomical discovery, astrology as a field of study has used goddesses and their attributes to understand human nature.

But despite relying on our path and life on numerous celestial bodies, Vesta is still the brightest asteroid to consider.

This notion is quite symbolic of the goddess that keeps the eternal flame burning.

As a guarding of the heart and the home, Vesta is the divine representation of that inner “little light” that makes us unique.

Vesta helps us understand our spot in this world, how we feel towards family, friends, and our home especially, keeping the flame of our ambitions to move us forward.

If you are one of those lucky ones with Vesta placement in their chart, your love and admiration come from within before shining outside to others.

Vesta belongs to us and us alone, as the inner spark continues to grow each time you achieve success.

Instead of focusing on fleeting pleasures, Vesta reminds you to have a higher goal in your life.

But before diving into what makes Vesta in Virgo natives unique, let’s first tackle the characteristics of Virgo natives.

People born between August 23rd and September 22nd belong to the earth sign known for practicality and loyalty. But Virgos are so much more than this.

Some of the most notable features of Virgos are that they are sensible, perfectionists, and meticulous, but they are also sensitive overthinkers who have been through worst-case scenarios even before they understood the situation.

Anyone who knows or loves a Virgo can vouch for their dedication and reliability, as they make some of the best friends and family.

Virgos are also creative and patient, with attention to detail – especially if it is essential to them or their loved ones.

Virgos are kind and hard-working, aware that is the best way for any work to pay off.

They are not afraid to throw themselves into a project, no matter what it takes, especially enjoying fine art, dance, and writing as their pastime.

Regarding everything they lack, Virgos are well-grounded and thoughtful but on the verge of being critical and stubborn.

With high standards comes great responsibility, and everything that is not up to their quota gets dismissed.

They can be set in their ways almost too much, rubbing those around them the wrong way.

Virgos are dedicated but also certain they know the best, no matter the situation.

But one thing is for sure, Virgos are honest, professional, and loyal people.

They will provide well-intended advice, a shoulder to cry on if needed, and the cold truth when the situation arises.

They tend to stay single due to their responsibilities.

The standards are high, and not many can reach them.

This moment is where their Vesta placement comes to play.

Vesta in Virgo: Meaning and Traits

Since Vesta represents what is sacred to us and the expression of sexual energy, it finds its home close in Virgo placements.

Those with Vesta in Virgo are hard-working, work-oriented, dedicated, and driven to fulfill their ambitions.

But the other side reveals that these individuals are not afraid to get exhausted and burn out from their work, dedication to goals, and sometimes even family and friends.

Being born as a perfectionist does not come easy to everyone, and this is where Vesta in Virgo placement works best.

As a goddess, Vesta kept the eternal flame burning while staying true to herself, giving up some things along the way that acted as obstacles.

People with Vesta in Virgo act the same. They are thorough and strive for excellence, being ready to be self-critical and never enough.

The urge to push forward and achieve more often blinds their results and goals that are already impressive.

True to their nature, this notion carries over to others as well, as they tend to criticize others who are lazy and without ambitions.

Their hardships do not stop there, as these individuals tend to have issues in relationships due to their judgmental and prudent virtues – this is why most Vesta in Virgo natives avoid getting attached to others, fearing their feelings might get hurt.

These individuals work on their hobbies, spend quality time alone, and often miss out on profound connections.

But once they let you into their close circle, you might feel like a winner. With their strengths comes dedication and an unyielding love and commitment.

Woman with Vesta in Virgo

Much like Vesta, Virgo women tend to remove unwanted distractions from their life as they aim to another goal.

Nothing is more important than that, so they might often remain alone.

Women with Vesta in Virgo are meticulous and well-organized, praised for being well-mannered and precise.

They aim to be flawless, forgetting that perfection is never actually achieved.

However, they can get lost in their ways as they tend not to be too interested in romantic relationships.

It is almost burdensome for these women to imagine appearing vulnerable or like a damsel in distress.

So, it is easier to focus on goals, achievements, and work – a tested field with no mistakes.

But if they realize that love is mutual, despite the differences, these women love passionately and like crazy.

Dedication and loyalty are crucial virtues that they do not show to anybody.

They can become compulsive about serving their purpose or others in life, as these women have a wonderful sense of duty.

A simple piece of advice for these seemingly cold and detached individuals is to relax and enjoy themselves more.

It is not meaningless to accept and work on receiving your wishes, no matter where they lie.

Not everything is about work and goals, and a healthy life is possible with a balance between work, family, friends, and love.

Man with Vesta in Virgo

The notion does not change much between genders.

Men with Vesta placements in Virgo are reliable, determined, hard-working, and diligent workers.

They have set righteous goals that are achievable through hard work and persistence.

Similarly to women, men tend to overwork themselves to avoid making mistakes or repeating previous errors.

But in their stubborn ways, they can suppress the need for a romantic partner.

It seems easier to focus on their career and overwhelm themselves with work rather than to widen their horizons.

They are successful in everything practical and logical, but their life might need balance with everything emotional.

Men with Vesta in Virgo placement are reliable, wonderful friends and coworkers, but they can be dedicated lovers with a passion for profound conversations.

Even while being loyal partners, it is tough for Virgo men and women to give up their independence.

But after breaking through the initial wall, you might find a wonderful friend or a lover inside.

Vesta plays a crucial role in self-sacrifice and prioritizing goals and ambitions in life through many Zodiac signs, especially Virgos.

Virgos are naturally self-driven, motivated, dedicated, and hard-working. But they need to learn not to depend only on their work and professional abilities.

Vesta taught us to keep focus even with exciting gifts and opportunities in life and fight for what matters. Virgos operate similarly.

They know when to be critical and responsible and what to fix to achieve the best results possible.

These natives do not mind being single or alone for long periods, but they tend to suppress their longing for a friend or a romantic companion.

If you experience their love and dedication, you might consider yourself lucky because it might seem difficult to break their walls.

They are detailed, precise, and perfectionists, with fascinating attention to detail.

Underneath that seemingly harsh and cold exterior is a marvelous and soft individual with much more to offer!