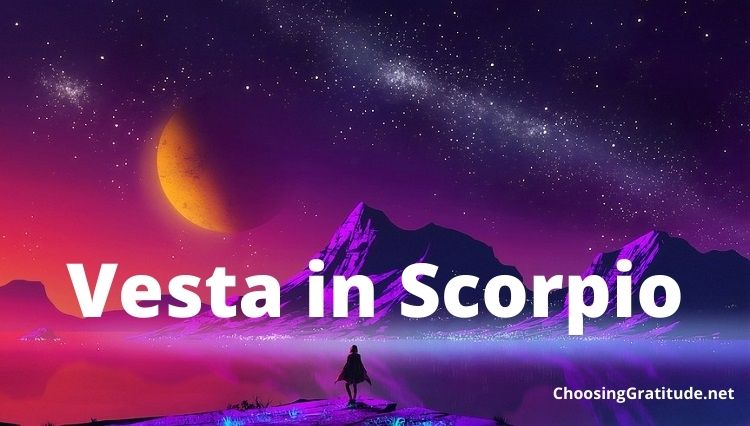 Vesta is an asteroid, a celestial body discovered in 1807 as the fourth in line discovered asteroid.

Vesta is the second heaviest and brightest asteroid.

This asteroid has two giant craters on the surface, most likely created as a result of rock collisions during billions of years.

Like with many other asteroids, Vesta was given the name of a Roman goddess, ruling family and home life.

Vesta was also a goddess considered to be the protector of the Romans and was perceived as one of the most important in the pantheon of Roman gods.

This goddess was often represented as a fire burning inside her temple. Vesta was the goddess of the never seizing flame.

The fire in the temple was burning constantly and her priestesses, Vestal virgins, were in charge of keeping the fire burning non-stop.

These women were virgins, and their life was not as glamorous as it seems.

Their destiny was predetermined by their initiation in the role of a priestess when they were just six to ten years old.

They were obliged to remain in their role at least 30 years, which is their entire youth and childbearing years.

They were obliged to remain virgins during this time, and after they finished this duty they could be free.

By the time their role was finished, these women were too old to marry and have their family.

The ones who broke their duty of remaining virgins were severely punished.

So, even though priesthood in the temple of Vesta was considered a great honor, for these women it was a great sacrifice as well.

The continuously burning fire was believed to protect the citizens of Rome and the city from harm.

They believed that horrible things would happen should the fire stopped burning.

The temple of Vesta was placed in the Roman forum, and only the priestesses were allowed to be inside.

The entrance was allowed only to women during the holiday of Vestalia, so they could pray to the goddess Vesta. Men were not allowed inside the temple.

The goddess Vesta was considered the virgin goddess, purest of all. She was the protector of female chastity.

She was also the goddess of fertility, and women who wanted to have children prayed to her for help.

Vesta in astrology describes our devotion to the things that matter in our life, our family, work, goals, people, etc.

It shows our ability to fight for the things we consider important.

It also shows our ability to sacrifice for a cause or for the people we care for.

Vesta can describe our intimate relationships and our approach towards them.

It shows how relaxed we are in regard to our intimate relationships.

It shows whether we are afraid of intimacy, whether we lack intimacy or we refrain from it.

The possible issues related to Vesta can be discovered by analyzing the sign and placement of this asteroid in the natal chart.

We can discover what areas of life might be causing distress and make us feel restricted.

It also shows which areas of life might ask for a sacrifice on our behalf.

By analyzing Vesta we can discover the areas where we ignore dealing with certain issues or we pretend they don’t exist.

Usually in these areas we tend to experience disappointments and regret, even though we put in a lot of effort for them to function.

In most cases we find these areas very important and yet we keep failing at them.

The sign of Scorpio gives the person incredible energy and passion.

These people are extremely powerful personalities and people admire them but are also afraid of them.

They don’t accept defeat at any cost. These people are ready to fight for what they want and believe despite the odds are completely against them.

They might be considered fanatics by many, but they usually possess the power to be victorious at the end.

Scorpio is very attractive, both physically and mentally. This doesn’t often corelate with their physical appearance.

These people are very intuitive and some even possess clairvoyant abilities.

They are also great psychologists and good judges of people’s characters.

Scorpio people are not to be messed around.

They are very good and kind to those who deserve but are a fierce enemies to those who try to harm them or their loved ones.

They are masters of the secretive game and can pretend skillfully while the time to strike comes.

They don’t forgive people’s wrongdoings easily, and if they do so, they never forget.

Scorpio’s intentions are not bad. They usually act in defense.

This is why it is smart not to provoke them in any way because the consequences might not be pleasant.

They are inspired by success and winning. No challenge is big enough to discourage them.

If they want something they will do everything they can and make sure to get it. Hard work doesn’t intimidate them either.

These people are attuned to their intimate nature and have strong physical desires which they usually express openly and very directly. Some might be prone to perversions.

They don’t let others interfere in their business either.

They are loyal and devoted friends to those who deserve. For their family and loved ones they are prepared to sacrifice a lot.

Vesta placement in Scorpio makes the person very open about their physical needs.

These people are usually attractive and have a lot of opportunities to satisfy their physical desires.

People with this Vesta placement often go through some transformative experience during their lifetime which changes their perception on things and change their personality.

They might be in a situation to sacrifice something of major importance in their lives to help someone or to support a goal.

This is not easy, but these people need to learn how to live with that and accept it.

Sometimes they need to suppress their strong physical desires and live a life of celibacy for a long time.

This placement of Vesta often incurs situations where the person needs to refrain themselves from things that are important to them.

If Vesta is afflicted in the chart, this might cause problems with fertility and problems conceiving a child.

These people are loyal and devoted to the things and people they believe in.

For them it is not a problem to make sacrifices for something they have faith in, or for someone they support.

They can sometimes have issues with their intimacy, especially if Vesta is afflicted in their natal chart.

They can either exaggerate in fulfilling their physical needs or repress them completely.

Vesta in this sign can make the person spiritual and give them special powers of helping others through their intuition.

They are very enduring both physically and mentally and are very stable personalities. Not much can shake their core.

Sometimes these people tend to overcriticize and tell people what to do. This trait can be irritating to others.

Their intensity can sometimes be hard to deal with. These people are almost impossible to say “no” to.

They are very persuasive and determined to get what they want.

It is not easy for them to relax completely because they are always on the alert for possible attack from others.

Woman with Vesta placed in Scorpio

Women with Vesta in Scorpio are usually very attractive and open about their desires.

For these women, the physical side of relationship is very important.

Sometimes they end up sacrificing this need for the sake of someone or something.

Usually, this sacrifice comes as a result of unexpected circumstances they cannot avoid, but they accept as a part of their destiny.

Sometimes these women are ashamed of their physical needs.

These experiences are deeply transformative, teaching these women to change their value systems and appreciate things they took for granted before.

They are able and willing to fight for their goals and beliefs.

They avoid shallow people and conversations and are interested in deeper meaning of things.

These women often appear mysterious and are hard to get to know well because there is a side of their personality which they keep to themselves.

Women with Vesta in Scorpio are passionate, but they don’t engage in promiscuous behaviour where they go from partner to partner.

They look for a meaningful long term partnership or marriage.

These women are faithful and expect their partner to be the same.

They don’t tolerate betrayal and if their man cheats on them the relationship is usually over.

Man with Vesta placed in Scorpio

Men with Vesta in Scorpio are tough and mentally strong.

They cannot be easily deterred from their goals. These men don’t back off before an obstacle.

They don’t talk much, and they prefer listening to others.

The reason is they don’t want to give away their cards.

They are magnetically attractive and people love being around them because their energy has a luring quality.

Their energy is hard to resist and they inspire others to take action as well.

Their personality isn’t shallow at all. They don’t waste their time on small talk and detest people who are like that.

If you want to be their friend, you better have something meaningful to say.

Their physical needs are strong, and they have plenty of opportunities to satisfy these needs.

However, they are usually not into one night stands and prefer relationships with one partner that are lasting.

They prefer creating meaningful relationships that will fulfil their life and their mind.

Despite their masculine and passionate nature, these people are faithful to their partners.

They don’t lack opportunities to betray their partners, but they chose not to do that.

These people respect their partners and their relationship and try their best to nurture it.

They are devoted and loyal and ready to make necessary sacrifices for a greater cause.

People who are in their life have most likely undergone a lot of tests from this person and are chosen to be there.

Their intuition is strong, and they often rely on it to guide them in difficult situations.

People often perceive them as their leader and enjoy following their guidance.

They naturally instil confidence in others.

They are physically and mentally strong and their magnetic nature has a lot of admirers.

Both men and women with this placement have strong physical desires they openly express.

If necessary for a higher cause, they can suppress these urges for a long time.

It takes a lot of time for them to gain their trust and become friends with someone.

They respect their friends and are prepared to do anything for them.

If someone betrays them they don’t ever forget that and they don’t forgive easily.

They usually back away from that person and avoid getting into conflicts.

Ignoring the culprit is the way they handle these situations.

They can be dominant and controlling, and prone to criticize others which can be hard to deal with if you are close to them.

Usually they don’t have bad intentions, it is just their personality that is strong.

They despise shallow relations, and they are not prone to changing partners.

They prefer being with one person and building a union with them which might last a lifetime.

These people have a faithful nature and don’t cheat on their partner.

If their partner cheats on them, this is usually the reason to end the relationship.

They prefer quality over quantity and if someone doesn’t reach this measure they simply remove this person from their lives.

Their intuition is strong, and they often rely on their inner guidance when making important life decisions and choices.

People instinctively know they can trust their intuition.