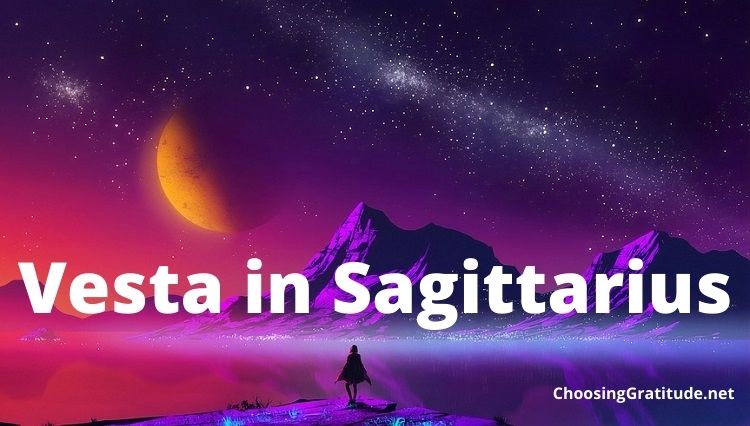 Vesta is a celestial body which falls into the category of asteroids, or sometimes called minor planets.

These are celestial bodies from the inner Solar system.

The origin of asteroids goes way back in time, some 4.6 millions ago, during the early formation of the Solar system.

They were formed from the debris and remnants of rocks left from this period in time.

The discovery of asteroids begun in the 1800s.

Today there are more than 1.1 million discovered asteroids.

Most asteroids orbit the Sun between Mars and Jupiter in the so-called “main asteroid belt”.

These celestial bodies can be micro sized, but they can range in over 500 kilometers in diameter.

Vesta is one giant asteroid, and its diameter is 530 kilometers.

Some asteroids even have moons which accompany them.

Their shape is mostly irregular, and they are covered with dents and craters.

The composition of asteroids depends on the time when they were created and their distance from the Sun.

Most are composed of silicate rocks and clay some are composed mostly of stones – silicates and others mostly from metals – nickel iron.

Asteroids can be quite dangerous if they hit the surface of Earth.

Some asteroids that hit Earth’s surface, caused major changes in the evolution of life on our planet.

Vesta is the brightest asteroid and has two giant craters on its surface.

Vesta carries the name of a Roman goddess, like many other asteroids, especially those that were first discovered.

Vesta was the goddess of home life and family.

She was also the protector of Roman people and very important goddess in the pantheon of Roman gods.

Vesta was the virgin goddess and was considered the purest of all. This goddess ruled female chastity, but also female fertility.

Women who had issues conceiving prayed to Vesta to help them become pregnant.

She was represented as the fire burning in Vesta temple which was in the Roman forum.

The fire in her temple was kept alive by her priestesses, the Vestal virgins.

Her priestesses were also virgins, and they were specially chosen while they were young girls, age six to ten, to be nominated for this role.

It was a sad life because these women were forced to commit to this duty for the next 30 years at least.

They were asked to sacrifice their child-bearing years for this duty which in turn was considered a great honor.

The entrance to the temple of Vesta was only allowed to the Vestal virgins.

Women entered the temple once a year during the holidays of Vestalia, to pray to this goddess to help them conceiving a child.

These women were freed after they finished their service to the goddess, but they were usually too old to create a family or marry.

The priestesses who broke the oath of chastity were severely punished.

The fire in the temple was to be kept in life at any cost because the Romans believed that something bad will happen to the citizens of Rome.

Astrologically, Vesta shows how devoted we are to life matters we find significant, like our family, our work, friends, our goals, etc.

Vesta can describe our ability to fight for the people and matters that are the most important to us, as well as whether we are capable to sacrifice for them.

This asteroid also describes our approach towards our intimate relationships.

It can show whether we are relaxed or not in our intimate encounters, whether we have a fear of intimacy, whether we lack intimacy or we maybe refrain from having intimacy.

Vesta also shows the level of passion we possess. It shows whether we show our intimate desires and physical needs openly or we tend to suppress and have a problem expressing them.

We get all these information through analyzing the sign and placement of Vesta in the natal chart.

Vesta’s placement in the natal chart can also point to the areas of our life that are the cause of distress or they make us feel restricted.

Vesta also shows the areas of life where we tend to ignore the issues we have, and those are usually the areas that we consider very important but yet we usually experience disappointments and make a lot of mistakes.

These are the areas that we are not successful despite the efforts we are putting.

These people don’t tolerate anyone pressuring them in any way.

They value their freedom and would not allow anyone to jeopardize it.

They can be very direct to the point of being considered rude. If you don’t like them you are always free to leave.

They have this attitude as well and when they don’t feel good in a situation or around some people, they simply remove themselves.

Sagittarius aren’t malicious, they just do what they want when they want.

They aren’t very tolerant, this is true, but they also allow others to make their choices and act as they please.

These people are fun to be around.

They are also very intelligent and possess a lot of knowledge on variety of subjects.

It is not easy to be mad at them, because they are usually very charismatic and know how to win you back.

These people are energetic and passionate. They need to keep on moving and are always in some kind of action.

They travel a lot, and this is one of their favorite hobbies, and for some it’s their career.

They are sport types, and usually actively involved in sports.

They are inspired by adventure, and love to learn about foreign countries and people, but most of all to explore them in person.

Their personality is open, and they easily make new acquaintances and friends.

These people are passionate, and they have a lot of opportunities to pursue their passions, especially of intimate nature.

Physical pleasure is a way to relax for many of them, and they don’t consider being unfaithful a big sin.

Both men and women are good looking and muscular. Many people find them attractive, and they get attention easily. Their open nature makes them flirty.

Because they don’t like to be tied down, they prefer open type of relationships or not having one.

This way they won’t be cheating on anyone and can do freely what they want with whom they want.

These people are not sneaky and don’t do things behind people’s backs.

They are open about their activities and if someone doesn’t like that they are free to leave.

They can be a devoted partner when they find the right person, but even then they need to have a part of their freedom intact.

Sagittarius people are honest and open about their thoughts and sometimes they don’t choose the right moment to speak their mind.

People influenced by this sign are very optimistic and usually look at the bright side of things even when there’s not much reason for that.

They have a philosophic outlook on matters, and even though they might appear shallow and in pursuit of fun, they are in fact quite deep thinkers and beings.

These people are independent and don’t like anyone putting their nose in their business.

They are sociable beings, but they also love their “me” time. They love doing things on their own, which includes traveling alone.

When Vesta is placed in Sagittarius, this makes the person very open about their desires and intimacy.

These people don’t have a problem expressing their intimate desires and physical needs.

Unless they have some trauma or other issues from their past, these people are attractive and have a lot of opportunities for intimate encounters.

They are openly pursuing those they like, and they don’t have any fears or refraining from intimacy.

They love their freedom, and they are not faithful by default. Of course there are exceptions.

Sometimes they might be forced through some unforeseen circumstances to give up on their freedom usually temporarily, but in rare cases permanently, which is one of the greatest sacrifices they could make.

Sometimes they might be called to suppress their physical needs, or to self-sacrifice for the sake of their family and loved ones, which they can perceive as very difficult to do.

It is hard for them to be modest and faithful, and these are areas they often struggle with during their lives, and which often cause them problems in life, or at work, with friends, etc.

Woman with Vesta placed in Sagittarius

Women with Vesta in Sagittarius are passionate and open about their desires.

If they like someone they are not hesitant to make the first move.

Because this is usually a type of approach expected from men, they might appear a bit masculine and overly open-minded, if not promiscuous.

They are easy going and relaxed when it comes to intimate relationships.

They don’t like to be pressured and they will think well before letting go of their freedom to enter a relationship.

These women don’t do things behind their man’s back, and they would rather be single and do what they want than sneaking around and pretending everything is alright.

Women with this placement of Vesta are brutally honest about their feelings and opinions.

If they don’t like you, you will know that. If something is bothering them, you will certainly be made aware of.

They are free spirits, and it is fun to be around them but only if you follow their rules.

When they start feeling jeopardized and cornered in any way, they simply disappear. As simple as that.

Of course, not all women with this Vesta placement will act in this manner, but many will, and will consider that behaviour completely acceptable.

They don’t like any restraints, and making sacrifices for others, especially when it comes giving up on something that is very important to them isn’t easy for them.

They will do it for their loved ones, but when it is no longer needed, they will immediately return to their beloved way of living and their freedom.

Man with Vesta placed in Sagittarius

Men with Vesta in Sagittarius are similar to women with this placement.

They are good looking, attractive, sport types with love for adventure and good times.

They enjoy in variety in every sense of that word.

They love exploring new territory and sometimes this refers to new intimate encounters. In general, these men are prone to cheating.

These men are straightforward about their emotional preferences, and they usually don’t full women promising them commitment.

Until they are ready to commit to someone they reserve the right to be free and do what they want.

Men with Vesta in Sagittarius are open-minded and are a pleasurable company.

They are a risky company if you desire a long term commitment because they are charismatic, and you can easily become attached without any prospects of getting further than a casual encounter.

They love to travel and love sports, which also contributes to their charm.

They are full of stories from the numerous places they’ve visited and people love being in their company.

Vesta in Sagittarius makes the person fun to be around.

Their relaxed and open-minded approach draws people to them.

Both men and women are not afraid of intimacy, and openly express their desires.

Women can sometimes be considered too open and free minded because they don’t care what others will think about them, and act as they are pleased.

These people consider the subject of fidelity insignificant.

They are open about their way of life, and no one can trap them into commitment if they don’t want that.

They treasure their freedom and reluctantly choose to give it up, even for a short while.