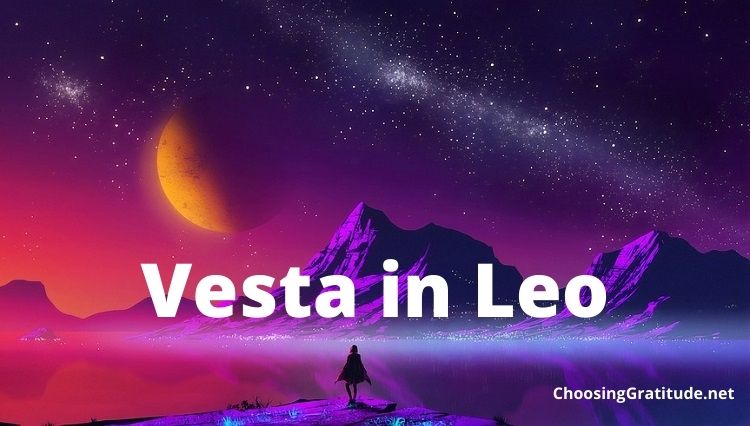 According to the post-pandemic spike in people’s interest, astrology has made a comeback in this century.

The pandemic crisis forced most people to stay locked at home and find new hobbies and ways to make their time more enjoyable.

Many found an escape in astrology, explaining why its popularity has been the highest since the 1970s.

Young women, especially younger Millennials and Gen-Z, are passionate about how this method can help them understand someone’s behavior and improve their decision-making.

However, most are familiar with daily horoscopes and simplified social media astrological predictions and personality descriptions.

Although that’s a good start and a safe path toward further popularizing astrology and strengthening its position, it’s vital to raise awareness about how much more depth there is beneath.

Yet, beyond astrology professionals and experts, most are only interested in their Sun sign and ascendant due to not knowing enough about other aspects.

But there’s much more to astrology and natal charts than the elements at the forefront.

Lesser-known aspects, such as asteroids and comets, have an equally significant impact on our lives, characters, and relationships as the Sun and Moon signs.

As the flame keeper of one’s spirit, Vesta is a good starting point for those delving deeper into astrology.

Here’s what this placement means and how it influences your life and decisions.

Vesta is also known as 4 Vesta, and it makes up nine percent of the total mass of all asteroids combined. Thus, it’s the second most colossal body in the asteroid’s main belt.

The first time humanity came in touch with this astonishing asteroid was German astronomer Heinrich Wilhelm Matthias Olbers detected it in the sky on March 29, 1807.

This is also the brightest asteroid in the belt we can spot from the Earth, and it turns around the Sun once in 3.63 years.

Another curious fact is that Vesta’s measures significantly overlap with Pallas, but the former has a slight advantage. But that’s not where curiosities end.

Vesta is the only rocky protoplanet still in existence that developed terrestrial planets. If that makes you wish to see this asteroid, the good news is that it’s among those you can see with the naked eye.

NASA’s first explorations of Vesta started in 2011, and they compiled a significant amount of data but are still evaluating it.

Yet, NASA might never have had an opportunity to explore and know about its existence if Heinrich Olbers hadn’t first found Ceres and Pallas.

Olbers was convinced that Pallas and Ceres were mysterious remnants of a long-destroyed planet.

That encouraged him to continue exploring their orbits, ultimately leading him to the discovery of Vesta.

Gauss used the mythological Roman Goddess Vesta as an inspiration for the name that has stuck ever since.

Vesta was the admirable goddess of the hearth (fireplace), family, and home. But as the legend says, it was rare to see Vesta in her human form.

However, some depictions also portray Vesta next to her temple’s fire in Forum Romanum.

Her priestesses, the Vestal Virgins, were the only ones allowed to enter the temple, and their obligation was to take care of the holy items inside.

According to mythology, their virginity was vital for Rome’s longevity and survival.

Moreover, that purity was so crucial that the priestesses would be buried alive if someone discovered they were no longer virgins.

Other than that, not many details are available about Vesta, making her one of the most mysterious mythological characters.

Nonetheless, it’s known that Vesta was a symbol of cleanliness among the goddesses, on top of being a virgin.

Still, many people called her the mother and associated her with reproduction and fertility.

Here’s what this asteroid represents in astrology.

Vesta is the flame keeper of the spirit in astrology. This asteroid is also a symbol of female expression, creativity, and energy.

It plays a significant role in enabling you to devote yourself to your goals and aim for excellence.

Vesta casts a light on the aspect of your life where you commit yourself to a conviction, cause, idea, or project.

These objectives and beliefs are holy to you. – You will feel lost, unfulfilled, and adrift if you fail to devote your path to them.

Hence, Vesta is in a close connection with commitment, work, sacrifice, and higher spiritual practices.

Yet, it is also associated with loneliness, as the commitment to a specific cause or calling often forces you to isolate yourself from everyone else for an extended time.

However, Vesta creates a yearning to have something that guides you and defines the sphere of life where it’s located.

But it’s essential to mention that others might not see that calling as morally acceptable, although that doesn’t mean your profession or choice must be controversial or questionable.

However, you might discover that many people disagree with your path and convictions.

They might not understand your identity and religious principles, describing them as fruitless, nonsensical, or redundant in today’s society.

Other challenges may exist. – If Vesta is quite prominent in your birth chart, you might encounter purity issues and struggle with being single or having sexuality problems.

A negative placement can cause inhibitions, unhappiness, repression, narrow-mindedness, and perpetual sadness.

But regardless of the calling Vesta ignites, people typically perceive it with a sense of raw and naive innocence, encouraging them to be motivated and to act in the name of their convictions.

This aspect can be a sign of your advocacy, volunteering efforts, and vocation.

No matter what it is, you will commit to it because you are urged to serve your community, leave your influence in the world, and make a difference.

Hence, Vesta is not about personal gain and material resources. Here’s how this aspect matches the fierce and passionate Leo.

People born in the Zodiac sign Leo are often the center of attention, even if they didn’t cause it. Their charisma is inviting and begs others to notice them.

These natives are cheerful, optimistic, and appreciate art. They love mesmerizing aesthetics and beautiful visuals.

Some may accuse these individuals of being superficial, but like Libras, Leos have an eye for attractive people and visually pleasing things.

Hence, they may also strive toward professions and careers in the beauty and art niche.

These natives enjoy creating things and sharing a part of themselves with the world through their creations. They’re passionate and have a zest for life, love, and experiences.

But these individuals are also warm-hearted and generous. They’re honest and will share things with others, even if they don’t have much.

Vesta in Leo – Meaning and Traits

People born with Vesta in Leo are active and love being on the move.

If they were a character in a movie, these natives would likely be charismatic rebels who fight the loudest for a just cause.

They appreciate their freedom and must be able to live their lives as they please.

These natives loathe rules and prefer to impose their own (sometimes on others too).

They need freedom and enough space (in every sense) to feel fulfilled and like they’re living an authentic life.

Individuals with Vesta in Leo hate it when someone restricts them or tries to determine their actions and way of thinking. They never want to feel pinned down.

These natives are confident, resilient, and courageous. They often take risks without delving into the consequences.

After all, these individuals believe that there’s no other life but this one and live it as if there’s no tomorrow.

No wonder they typically love games of luck and even gambling.

Although not religious, these natives tend to be spiritual and believe that the only point of life is feeling alive.

They are helpful, but they will always help themselves first.

Woman with Vesta in Leo

Women born with Vesta in Leo are creative, artsy, and freely express their feelings and thoughts.

They rarely hold back when they believe in something and must defend that conviction.

These women are simultaneously resilient and gentle. They might come across as feminine and servile, but there’s a force of nature beneath.

No one can pin these women down. They have their unique path and will follow that vocation regardless of how others feel about it.

Since they’re sensual and appreciate art, these women often choose careers that allow them to embrace that side.

However, others might not view their calling as feminine or womanly, as they might go after a job that will enable them to show that women can thrive in a male-dominated field.

They love challenges and risks in every form and way, including relationships. These women might go after partners who are hard to get or unattainable.

They enjoy proving themselves and have a competitive strike. Those characteristics often show in every aspect of their lives.

These women crave being someone’s number one, even though they’re not as willing to leave everything behind for someone.

However, these ladies enjoy being someone’s muse and something hard to get out of their minds.

Sometimes they satisfy that need in relationships and other times in careers.

As a result, these women often strive to become irreplaceable experts in a field with fierce competition.

They enjoy acknowledgments, praise, and ovations. Because of that, these ladies might pursue various certificates and degrees to demonstrate their worth and capabilities.

They need significant attention to confirm their value and often wonder if there’s a point in doing something if there’s no one to witness it.

These women want others to notice them, and hate being ignored more than anything.

They’re proud of their professional skills and expertise.

However, these women might struggle to find a calling that makes them feel alive, which is their main goal in life.

Because of that, they might wander from one job to another, looking for the one that makes them feel fulfilled.

Moreover, these women may try to insatiate their hunger for intensity and importance in volunteering projects and non-government organizations.

They must feel that someone needs them and that their help makes a difference.

But if these women don’t learn to feel enough by simply doing what they love without needing someone’s approval, they might never find the happiness they seek so much.

Man with Vesta in Leo

Men born with Vesta in Leo are pretty similar to their female counterparts – zealous, courageous, and artistic.

They find beauty in everything and enjoy being surrounded by attractive people and items.

These men love helping others and seeing the effects of their impact on the world.

However, they also want others to know it was them who helped.

Some may address that characteristic as egoism and greed.

But these men believe that since no man is an island, others should know how they contributed to that environment.

They want their voice to be heard and their work to be acknowledged.

These men loathe it when someone takes credit for their work.

They aim hard to be unique and show the world what makes them different and irreplaceable.

Hence, when someone describes their work as frivolous, that profoundly impacts their pride and self-worth.

These men often look for a confirmation of their value in their jobs and strive to be leaders in high positions.

However, they may also try to find that acceptance in relationships.

But like their female counterparts, these men must learn to look inward for a source and proof of their worth.

Otherwise, their confidence and happiness will be fragile and temporary.

People born with Vesta in Leo are proud, hardworking, and optimistic.

But they struggle with looking for acceptance and validation from others.

As a result, these natives often fail to see how much they already have and that they are good the way they are.

They must learn to enjoy the products of their work without relying on someone’s applause and endorsement.