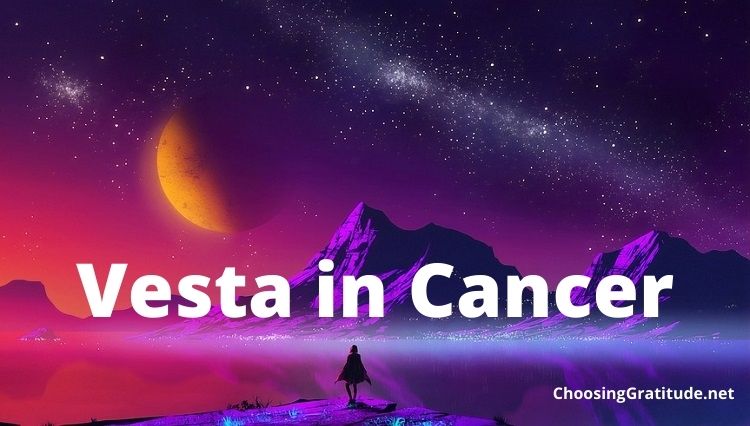 They love it and enjoy discovering more profound and intrinsic parts of their personalities through celestial aspects but feel uncomfortable sharing that fact.

Have you ever wondered why? It must be because they fear others will judge them.

After all, most people associate astrology with daily horoscopes, which aren’t as reliable.

These are often written to fit as many people as possible but diving into someone’s character and life only according to their Sun sign is impossible.

It takes much more than that, and you must dive beneath the surface level.

If you want to know more about yourself, your partner, your friends, or your family, you should move beyond their Sun and Moon signs and ascendant.

Explore the less-known world of underrated elements, such as comets and asteroids.

These tell much more personalized information and reveal unique things about an individual.

However, since many astrologers discuss the most revered aspects more, people are often unfamiliar with how much they’re missing out.

For instance, the asteroid Vesta is among the astrology jewels that can help you understand yourself more.

Discover what this placement tells about you and what you consider sacred.

Vesta or 4 Vesta is the main asteroid’s belt’s second most massive body, taking nine percent of the total mass of all asteroids.

Here’s how Vesta’s characteristics and background translate to her portrayal in astrology. German astronomer Heinrich Wilhelm Matthias Olbers spotted it in the sky on March 29, 1807.

However, the measures of Vesta overlap with Pallas to a large extent, with the former being only slightly larger. Moreover, this asteroid is the only remaining rocky protoplanet that formed terrestrial planets.

Vesta is intriguing because it’s the brightest asteroid we can see from the Earth. Sometimes we can spot it with the naked eye.

Nasa first started examining Vesta up close in 2011, but even though they collected enough data, they’re still processing it.

Another curious fact about this asteroid is that it might have never been discovered if Heinrich Olbers hadn’t first discovered Ceres and Pallas.

Olbers believed that the two were the remains of a destroyed planet, causing him to continue his pursuit in the orbits of the two asteroids mentioned above.

That led him to discover Vesta, but he gave the German mathematician Carl Friedrich Gauss honors to name his discovery.

This asteroid was named after the mythological Roman Goddess Vesta. She was the goddess of family, fireplace (hearth), and home. According to the legend, Vesta rarely appears in human form.

But some depictions show her next to the fire of her temple in Forum Romanum.

Only her priestesses, the Vestal virgins, could enter her temple, and they were in charge of protecting the sacred items inside.

Mythology explains that their virginity was of paramount importance for Rome’s survival. That was so important that the Vestal virgins were buried alive if discovered they weren’t virgins.

However, not many myths exist about Vesta, leaving her in the shadow of a mystery.

But it is known Vesta was the cleanliest of the gods and a virgin. – Yet many people addressed her as the mother, and she was associated with fertility.

Here’s what this asteroid stands for in astrology.

In astrology, Vesta represents the spiritual flame keeper. It is the carrier of female energy and creativity.

This aspect gives you the power to commit to your objectives and strive toward your aspirations.

Moreover, Vesta highlights the zone of your life where you’re dedicated to a specific cause, idea, project, or conviction.

These beliefs and goals are sacred to you; you’ll feel unfulfilled and low if you don’t devote yourself to them.

But it is also connected with loneliness, as devotion to a cause often means isolating yourself from the world for periods of time.

Vesta creates an urge to have a calling and defines the aspect of life where it lies.

However, this mission might not be morally right or understandable for anyone else but you.

That isn’t to say that Vesta gives questionable callings and professions.

But you might find other people not agreeing with your spiritual or religious choices and identity.

They might think it’s a waste of time, pointless, or redundant in today’s world.

Moreover, if Vesta is highly prominent in your birth chart, you struggle with sexuality and purity issues or being single.

A negative aspect can lead to repression, inhibitions, self, absorption, narrow-mindedness, or sadness.

No matter what calling Vesta drives, people typically attach a sense of raw innocence to it, pushing them to take action and be motivated.

This aspect can signify your advocation or vocation.

Whatever it is, you don’t dedicate yourself to it for material gain, rewards, and recognition.

Instead, Vesta is about what you do to serve your community, contribute to a cause, and leave an impact on the world.

People born during the Cancer reign are emotional, melancholic, and helpful.

They are family people and dream about having a lovely home, loyal partner, and kids they can nurture and protect.

These natives often miss the past and look back to their childhoods with nostalgic smiles.

Because of that, they usually hope to recreate it when they form their families and ensure their children have an equally happy time.

Moreover, these natives are empathetic and find it easy to resonate with others and feel their emotions.

As a result, people typically enjoy being in their company and having them as their partners or friends.

But even these warm-hearted individuals have a darker side. – If someone crosses them, they will likely never forgive and forget.

They can be pretty vindictive and rarely give second chances.

However, Cancer natives will be loyal and the most loving people if someone proves themselves worthy of trust and sacrifice.

Vesta in Cancer – Meaning and Traits

People born with Vesta in Cancer give their all to serving their loved ones and community.

They are devoted and only feel alive if they’re doing something valuable for others.

Emptiness and a sense of unfulfillment settle in when these actions doubt whether their efforts make a difference.

That makes this Vesta placement one of the warmest and most nurturing.

These natives crave to be needed by others. They seek a sense of purpose by being there for people, showing up, and solving problems.

Even though these individuals genuinely want to help people, they might neglect their own issues in the process.

Thus, they’re prone to intruding on others, despite having good intentions.

These natives are good at telling how their loved ones feel and what’s the best way to cater to their needs.

As a result, these individuals are receptive to other people’s feelings and needs.

Since emotions in all forms (the pure and the ugly) take such a vital place in their lives, they typically see raising a happy family as their calling.

Sacrifice and enduring challenges might not be everyone’s forte, but it certainly is of these natives.

They will go through thick and thin for who they love and will never regret it.

These individuals believe it’s enough to have a close but limited circle to make them happy and fulfilled.

Anything beyond that is an excellent addition but not necessary.

Hence, these natives don’t feel they need to be in crowd and noisy places to have fun and experience intense emotions.

A private atmosphere and a small gathering with their loved ones are just as satisfying, if you ask Vesta in Cancer individuals.

Woman with Vesta in Cancer

A woman with Vesta in Cancer is rather traditional and committed to making her family happy.

She takes pride in her partner and children and finds it a source of inspiration and motivation.

This woman would stop at nothing if someone threatened her loved ones in any way. Both a fighter and a lover, she’s intense and loyal.

Her emotions are almost palpable, and she sees no reason to be embarrassed about expressing her feelings openly.

This woman typically puts family and loved ones in front of everything else. She might be stellar in her profession, but it will not make her as fulfilled as taking care of others.

Others might judge her dedication and accuse her of a lack of ambition.

However, this woman can still be driven but not consider her career a priority.

Instead, she finds strength and motivation in her family’s love, happiness, and presence.

This woman doesn’t mind alienating from those who don’t understand her and support what makes her satisfied.

Even though she craves being needed, it makes a world of difference which person needs her.

Despite finding pleasure in helping others, she can contain herself if she recognizes that someone doesn’t appreciate her for who she is.

This woman respects traditional power structures and beliefs. She is open-minded but spiritual and has unyielding convictions.

As a result, she will not connect with those who don’t understand or support her values and approach to the world.

But although she won’t show it openly, she feels hurt when others ridicule her or question her belief system.

This woman may even feel lost and misunderstood, struggling to connect with people on a higher level. She can be rigid in her viewpoints and expects others to accept her the way she is.

Because of that, this woman will feel best with someone who shares her objectives, visions, and ideas.

Change is not her favorite thing, and she prefers those who do their best to fit into her world than adjust to novel circumstances and situations.

Man with Vesta in Cancer

A man with Vesta in Cancer is similar to his female counterpart – lighthearted and traditional. He may even have patriarchal values and seek a like-minded partner.

This man aims to build a healthy and happy family and provide for his loved ones. He’s a classic gentleman and wants to be a good father and loyal partner.

As a result, this man would likely suffer if he settled for someone who doesn’t share his goals and expectations.

Moreover, he’s willing to sacrifice himself for his loved ones and endure struggles and challenges if it would guarantee their happiness and security.

Religion and spirituality typically play a significant role in his life. He’s devoted to his beliefs and takes pride in his relationship with a higher cause, deity, or idea.

But he doesn’t take it lightly when others don’t understand his commitment and values, which may hurt him deeply.

Despite being pure-hearted, he can be dogmatic in his attitudes and beliefs.

Therefore, if someone judges him for that, he will take it personally and not get past that.

This man can be quite unforgiving and hold on to the past.

He needs to have the support of his loved ones and friends. Without that, he will likely feel demotivated, lost, and abandoned.

A man with Vesta in Cancer is loyal and will stand by his partner no matter what.

But he will not give a second chance if hurt and expects the same devotion and commitment from all his loved ones.

They typically see their family and loved ones as a purpose for living and fighting.

But they tend to have traditional viewpoints and convictions, which may not be everyone’s cup of tea.

Hence, these natives seek like-minded partners and friends and will never change to fit someone’s standards and expectations.