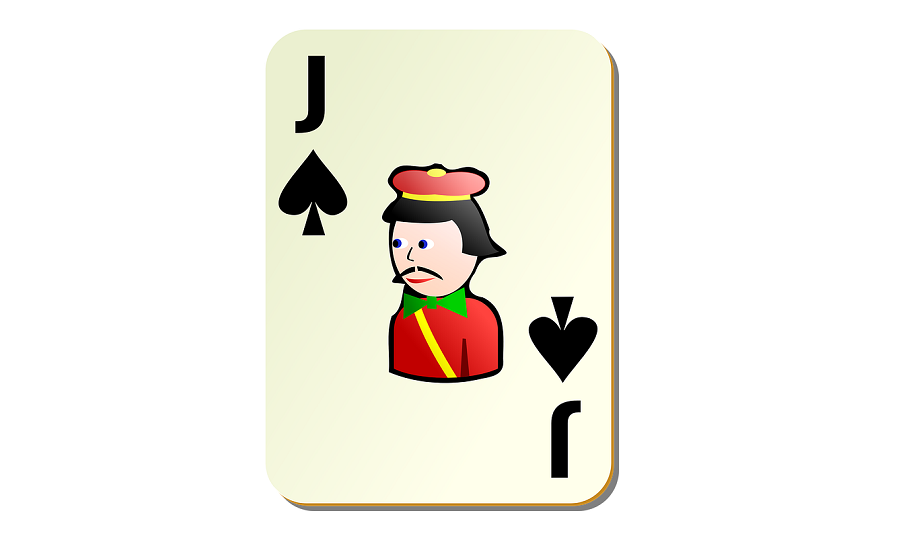 Cards have gone through many transformations from their beginnings to the decks we know today.

No one knows exactly where cards originated, but according to some records, first cards appeared in China in the 1000s.

From there, it is believed that traders or templars brought them to Europe, possibly Spain or Italy.

Cards were an item of prestige and luxury, and not many people possessed them in the beginning.

They were hand-painted and richly decorated.

In time, as their popularity grew, simpler and cheaper ways for their production were discovered, and more people were able to use them.

As they became more available, cards begun spreading to other European countries.

The spade suit is equivalent to the swords suit in tarot. No wonder because the word spade originates from the Italian word “spada” – meaning sword.

Those who resonate with this suit are usually sports types and physically active. These people love to travel and undertake many different activities.

They are focused on the material side of life, but they are also spiritual beings and spirituality is very important to them. Many are spiritually gifted.

It is important to them to follow the needs of their soul.

The jack (knave) card has a representation of a young man in a traditional European courtier dress from around 16th or 17th century.

It is a court card but the lowest in rank of all court cards.

The word knave means male servant of royal figures and was used as a name of this card from the mid-16th century in England.

Jacks or knaves are mostly male figures, but in some countries, they are represented by females.

Jack of Spades symbolize flatterers and people with charm.

In general, this isn’t a bad card.

In a woman’s reading the Jack of Spades card often symbolizes her boyfriend or fiancé.

For men, Jack of Spades can symbolize some rival they have who is more successful and wealthier.

In general, Jack of Spades is a card of intelligence and education.

Jack of Spades is a great card to have as a birth card. It symbolizes fortune and different opportunities the person will come across during their lifetime.

These people are usually in a position to work for and with people of authority, influence, and power and they need to find their place among such people.

The person is usually born with youthful nature, but life often requires from them a lot of maturity and responsible approach in various situations.

They need to mature earlier than most of their friends.

The Jack of Spades person is usually successful because they possess a lot o qualities which bring them to the top.

They also have the support and protection of people of authority and status.

These people don’t have problems learning and improving their knowledge.

They know how important education is and they know that someday all of their goals will be achieved especially with the help of their knowledge and education.

These people don’t need to worry about money because it is natural for them to be well provided.

Money is not the primary motivation for their work efforts.

They enjoy the possibility to help others through their work efforts.

Also, these people are usually born into wealthy families, and they are taken care off.

They often have large inheritance.

For a Jack of Spades personality, working in certain fields, such as medicine or working with other men, ensures success.

It is important for them to be well-organized and make plans for their work goals.

They need to define the goal so they could focus on accomplishing it.

These people are often in leadership and executive positions where they organize others towards a mutual goal.

For this reason it is important for these people to have good employees and coworkers.

Many Jack of Spades people have a strong intuition and intelligence.

They usually discover their spiritual gifts early in life and work on developing their gifts because they know how much they will benefit from them.

For these people love and appreciation is also very important.

They are loyal and devoted partner, and they seek someone with similar qualities.

Some Jack of Spades people are selfish, and they use their abilities only for their benefit.

They might misuse people’s trust and become involved in scandals, and similar situations.

Some of these people use their intelligence and wit to con people and misuse their trust.

They can also become successful thieves and con artists.

Some can even use the information they have about others to blackmail them for financial gains.

These people are very intelligent, but it is of essential importance to use their intelligence wisely.

Their early upbringing and relationships with their parents and other authorities play a major role in their later choices and actions in life.

They are the ones that chose whether to use their gifts for the benefit of others or solely focus on themselves and their selfish needs.

It is sad how sometimes these people choose to waste their life choosing to succumb to the lower impulses of their ego and materialistic nature.

Even if they choose to do so, these people are never satisfied with this way of life.

Their nature is spiritual and oriented towards helping others not using them.

Many of them choose to repent and change their lives completely, turning from sinners to saints.

Jack of spades people are often on a spiritual quest to develop their spirituality and spiritual gifts.

They need to avoid the temptations of earning easy money and focus on the right ways of doing things.

These people are talented actors; they often act in real life because it is fun.

They are often the types who get easily bored, and that is what tempts them to do mischievous things.

When they make the right choices in life, these people usually live very successful and respected lives.

In order to be successful, these people need to overcome their inborn arrogance and need for manipulation.

They are well-aware of their abilities and might be prone to look on other people from a position of someone superior.

They also easily spot people’s weaknesses and are often tempted to use them against these people or manipulate them mentally.

They need to work on developing a sense of humility and equality with other people.

Believing that they are better than others might only bring them suffer, and they often choose to learn this the hard way.

The ones who are aware of these temptations put in the effort to not allow themselves act in such a manner.

These people focus mostly on their education and developing spiritual qualities which help them block the negative impulses of their nature.

It is essential for these people to use their intellect and creativity in their work and not for deception.

It is important to use the strength this person possesses with caution because it is easy for them to become overwhelmed with their superior qualities.

Everything seems to work out easily well for these people and it might make them take things for granted instead of feeling grateful and expressing their appreciation for all they have.

The easiness with how they get things in life might make these people unaware of the reality of life itself.

They might be considered superficial and shallow by other people who don’t approve of their way of looking at things.

These people are always on the verge of good and evil, simply because they can.

That can be very dangerous if the Jack of Spades person is egotistical; a person with a humbler nature can resist the temptation of doing bad stuff easier.

Turning to spirituality helps a lot in these situations.

For a Jack of Spades personality, it is important to constantly remind themselves of how much blessings they have in life and be grateful for them. This will keep them grounded.

Many of these people don’t realize the right way they should live their lives until they are confronted with some real life challenge, such as ending up in jail for the wrongdoings they made.

In these situations, they begin to evaluate and think about their previous behavior and things begin to change.

Many of them turn to spirituality and religion when faced with the consequences of their past actions.

Jack of Spades personality is strong and independent, which is why it is difficult for them to settle in a romantic relationship.

However, it is up to them to make their love life a satisfying experience.

These people’s destiny is to rise to their highest potential, and some of them chose the harder way to get there.

Jack of Spades Personality is born on January 3rd and February 1st.

Jack of Spades Card in Tarot and Cartomancy

In cartomancy and tarot, the Jack of spades card is usually not considered a good omen.

The card represents someone who is selfish and immoral, without concerning the consequences of their actions and behavior.

The Jack of Spades signifies strong individuality and freedom loving nature, but also a sign of depression and disillusion.

It can be a bad sign about health, but other cards in the spread should confirm that prophesy.

When the card is placed upright in the spread, it is a sign of fast thinking and ambitious actions, while if it is reversed it is usually a sign of restlessness, confusion, impulsiveness, or burn-outs.

The Jack of Spades symbolizes a decisive person, man or a women who has set their minds into doing something.

They are literally on a mission to do something they desire.

They have made their minds into doing something and nothing can stop them from doing that.

This card appearing in a spread can indicate someone ambitions and goal-oriented, but this card can represent the client.

It might be a sign that the client has made up their mind about something and nothing can prevent them from achieving their goal.

The card shows their determination to succeed.

Sometimes, Jack of spades in a spread can indicate hasty decisions and actions without giving much thought.

This can lead to consequences and damage that could have been prevented with planning and thinking things ahead.

When the Jack of spades is placed reversed in the spread, it is usually a sign that the client has the energy and drive to do something, but outside circumstances are preventing them from moving forward and taking action.

This can also indicate bad reasoning and haste decisions and making others suffer as a result of that as well.

It can also indicate constant change of thought and decisions.

More Destiny Cards to Discover: 9 of Spades | 10 of Spades