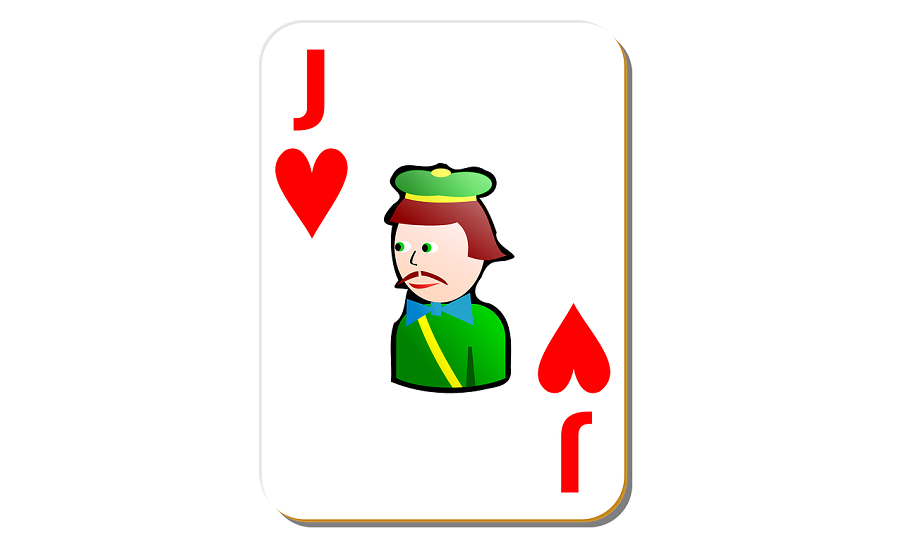 Cards were invented as a tool for playing games, and later their use as a fortune telling tool began.

It is a general belief that the Chinese created them in the 10th century and from China they spread across Asia and the rest of the world.

In Europe, first evidence of cards appeared by the end of 13th and beginning of 14th century.

First countries where they appeared were Italy and Spain where they were most likely brought first by traders.

These first decks were luxurious and very expensive which meant that only rich people could afford them.

These cards were richly decorated and were all hand-made and painted which explained their high price.

In time, they became more affordable, and nowadays they are globally spread and used.

They undergone many transformations throughout centuries and nowadays many varieties of playing and reading cards exist.

The negative traits of this suit can be repressing emotions, lack of creativity and passion, moodiness, emotional reactions, lack of emotional control, unrealistic expectations, being overly emotional, problem in expressing feelings, etc.

These negative traits are usually experienced by people with unresolved emotional issues they need to deal with first.

People with birth cards from the hearts suit are characteristically emotional and sensitive beings.

They can be prone to overreacting and emotionally reacting without thinking first.

They often allow their emotions guide their actions without considering the consequences.

Their emotional reactions can cost them a lot and it is wise to learn to control their emotions.

They also usually don’t have problems expressing their emotions and speaking about them.

The jack or knave as it is often called in England is a card with a picture of a young man wearing court clothes (from the 16th and 17th century).

This card is one of the court cards and it is the lowest in rank.

The young man depicted on the card represents the servant of royalty, kings, and queens.

In most cases it is a male figure, but in some decks, it is depicted as a female.

Jack of Hearts card is considered by many the card of sacrifice for love, and in some cases, it is called “the card of Christ”.

This card gives traits such as innocence and devotion, as well as sacrifice for a higher cause.

This is a card of great power and influence. It indicates serving others and humanity through love and sacrifice.

Many famous people with magnetic influence on the masses have the Jack of Hearts as their birth card.

Jack of Hearts people have two important life cycles which lasts till their 13th year of age and till their 26th year.

Their first 13 years can be filled with unpleasant unexpected experiences they cannot control.

The second 13 years of their life can be filled with disappointments and pain in their home, especially due to poor health of the person or their family member.

The topic of sacrifice and pain is often present during this period.

These people experience protection and consolation of their female family members, usually mother or sister, who help them accept the unpredictability of life and become stronger.

The early years of their life is what helps them build their character and succeed later in life.

Some of 10 of hearts people have a hard time releasing the hurt from their early years and continue their lives bitter and resentful.

They might develop tyrannical attitude and dominate others imposing their will on them.

In most cases though these people manage to find the strength to learn from these hard past experiences and times and become better people, who are kind and helpful, always happy, and ready to help others and make their lives better.

These people have protective nature, and it is very important to them to be able to take care of their loved ones.

Jack of Hearts people are often very spiritual and religious.

Many of them find joy in sacrificing for others.

This is fine, but if they also need to think about themselves as well because there is a risk of building resentment towards those they sacrificed for.

Some of them dedicate their lives to helping others and completely neglect their lives and pleasure.

People feel their power and enjoy being around them.

Many of them are able to spiritually uplift others and people enjoy following their lead.

Most of them possess sincere love for all human beings and desire to selflessly help others.

The Jack of Hearts can sometimes possess negative traits such as sneakiness and immaturity.

They can also be prone to blame others for their misfortune.

Through series of events and circumstances these people might discover their true path and completely change their personality.

They accept their role and responsibility for their lives and begin a life of true love and compassion for others.

These people have a romantic nature which can lead them into many romantic affairs in their younger years.

As they mature, they begin to respect the beauty of a monogamous relationship and devoting their love to one person.

Their partners need to be tolerant to their independent nature and love for the mankind.

They should be prepared to follow them on their path of helping humanity, or at least helping their neighbor.

Some of Jack of hearts might make many mistakes in their choice of love partners, and experience deeply hurtful situations, where they are the victim.

These experiences are all the part of their life lessons and circumstances they need to go through.

They need to be careful not to become overwhelmed by giving too much of themselves to others.

They need to learn to protect themselves and their energy.

Not everyone will be grateful for the help they will receive from the Jack of Hearts, and they need to learn not to be bothered by that.

These people are very educated and smart, but difficulties and circumstances in their early age might come in the way to their education for some of jack of hearts.

The desire to get well education usually helps them catch up later in life.

They enjoy learning and they always try to do that in every situation.

They learn from people, situations, other people’s mistakes, etc.

Jack of Hearts are good team-players and are most successful when they are in partnerships.

They are usually well-informed because of their strong curiosity.

People love to work with them because they help build and atmosphere of cooperation and peace.

Their coworkers respect them, and they especially have great respect when they are their superior.

These people are kind and respect other people. They are confident and people rely on their lead.

They become more successful in the later stages of their life.

Jack of Hearts Card in Tarot and Cartomancy

When the Jack of Hearts appears in a card reading this is usually considered a good sign.

This card is often a sign of new romantic interest or simply going out and meeting new people and potential partners.

This card might indicate the client being especially attractive in this moment of time and there is a chance of meeting someone that could potentially turn out to be a long term potential.

In some cases, the Jack of Hearts indicate the client being in a romantic mood and ready for love.

The reader should encourage the client to be open to new opportunities to receive love.

This card doesn’t always indicate romantic interest but simply going out and having fun with friends or just meeting people and interacting with them.

Jack of Hearts in a reading can indicate a creative period in life.

Maybe it is the right moment to start the creative project you have been planning for a long time.

This card doesn’t only mean having ideas about a project, but also taking the necessary action to realize that project.

The person is feeling inspired and ready to fulfil their dreams.

This card announces a time of heightened imagination and intuition.

Sometimes it can indicate feeling the urge to explore new areas of interest.

Often it indicates starting a hobby that has been in the back of your mind but has always been postponed due to other obligations and lack of time.

When the Jack of hearts appears in a love reading, sometimes it is a sign that the client has some admirer, someone with a crush on them, or even someone that is in love with them.

Depending on the surrounding cards in the spread, the reader can conclude whether the client knows about that or not.

In any case, if they wonder whether their love life is likely to improve in the upcoming days, the Jack of Hearts is an excellent sign confirming that.

The Jack of hearts represents someone younger (a man or a woman) with a kind heart and lovely personality.

Their feelings are sincere, and the client should be encouraged to look for such person in their surroundings because these are the traits, they should recognize them for.

They are not players, but sincerely looking for a committed relationship filled with love.

If the reading is about making some decision, the presence of Jack of hearts can indicate the client being emotional about the subject and might represent a warning to control their emotions and make a rational decision.

They are advised not to rush into making a decision but consider all the available facts.

When the Jack of hearts is reversed in a card spread, this can be a sign of not being prepared to take action towards accomplishing a project.

If the client is wondering about their relationship prospects in the near future, they should be warned to pay attention to the red flags potential suitors are demonstrating.