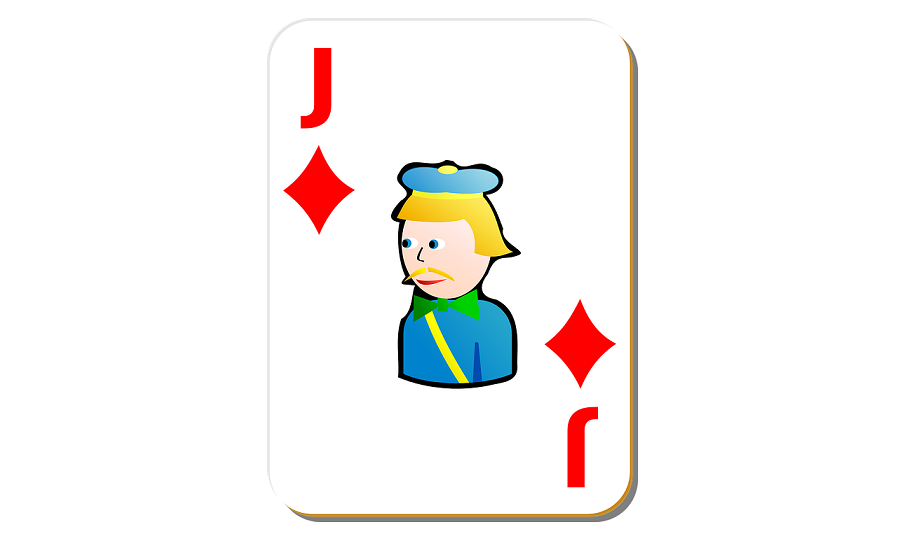 We still don’t know when and where cards were first created, but according to the data that is available to us, we might conclude that they were first made in China, in the 10th century.

After several centuries, possibly by the end of 13th or beginning of the 14th century, cards were brought to Europe, most likely to Italy and Spain at first.

These first card decks were a luxury, because it was expensive to make them.

At first, cards were hand-painted, and it took a lot of time to make one deck.

This is why only the richest could afford having them.

During time, cheaper ways of producing card decks were discovered and cards become available to the masses.

They begin spreading all over Europe and the rest of the world.

The icon used as a symbol of the diamond suit was used since antiquity to depict diamonds.

People from the diamonds suit are money-loving beings.

They love the security money brings into their life. They love making money and they love spending it.

Their lives mainly focus on money and issues related to the material side of life.

They often experience important life lessons that aim to teach them the importance of balancing the material side of life with their other priorities, such as family, friends, their spirituality, education, etc.

Many of them experience lessons that teach them not to equal their self-worth with the amount of wealth they possess, which many of these people tend to do.

The jack or knave card has an image of a young man in traditional court wardrobe from the 16th and 17th century.

The jack is considered a court card with the lowest rank among all the court cards. Knave is a male servant of royalty.

The word knave was used as a name for the Jack card from the 16th century in England.

The knave or Jack is usually a male figure, and in some countries this card has females represented.

The Jack card corresponds with the number 11.

It symbolizes financial and other kinds of stability and working hard to achieve ones’ goals.

This card also symbolizes saving and building a financial foundation for the future.

Jack of Diamonds is also a card of security issues.

It can indicate fears (rational and irrational) regarding financial stability.

The fears often come from the past circumstances someone has gone through.

Jack of Diamonds people are usually more mature than Jacks from other suits.

They are not afraid to work hard and they are stable and grounded.

They use their creativity to improve their life.

These people love to have financial stability and pay more attention to how they spend their money than other Jacks.

For many of them, it is better to have money in the bank than piling up clothes and things they don’t need.

Many Jack of Diamonds people have security issues.

These fears are usually related to their financial security and being provided in the future.

Even when they have more than they can spend, there is some unrealistic fear in many of them that their money and security can simply disappear.

They often fear something bad could happen that could deprive them from their stability.

These fears are often unrealistic, but in some cases, they stem from their past.

Some of them have come from great poverty and have struggled a lot to earn money and build their financial stability.

The memories of the struggles are so strong that they prevent them from relaxing and enjoying the fruits of their labor.

For them, it is important to work on their confidence and trust that even if bad things happen, they will be able to get out of any situation.

Also, they need to get rid of negative thought patterns, and work on building their faith and optimism.

They are adventurers and love exploring and traveling.

Their personality can differ from person to person.

Some people who have the Jack of Diamonds card as their birth card are materialistic and only focusing on amassing wealth.

Others are focused on the spiritual side of them and not paying much attention to material wealth.

Most of them are a combination of these two, with one side prevailing.

Usually, in the beginning of their lives, they are focused on gaining wealth and providing for their future, and nothing else interests them.

In time, their priorities change, and they begin realizing how important is their spiritual side for the overall balance of their life.

In the later stages of their life most of them manage to achieve stability.

They are aware that success requires hard work, and they don’t mind putting it.

Jack of diamond will do whatever it takes to get them to their goals.

They are persistent and determined to succeed.

Some of them have creative and others materialistic and more practical goals, but they are all usually oriented on gaining money.

Whatever goal they choose they will make sure they realize it.

These people are no quitters.

Success motivates them. They are very intelligent and quick thinkers.

Most of Jack of Diamonds people are financially secured even in their early years of life.

During their lifetime, many of them experience situations of lack which only strengthen their desire to make money and create a stable financial security.

They love the feeling of having money in the bank.

Sometimes in their life, usually through set of events and circumstances, their spirituality begins awakening, and this only adds to their capacity to achieve success.

They often choose an occupation somehow related with other people’s money, because they are good at handling it.

They also have a talent for selling things and promoting services.

Their nature can be very convincing.

Some of Jack of spades people might be considered immature and unreliable, but this is a rare occasion.

Even those who appear immature carry a deep sense of responsibility within.

Of course, there are exceptions, and some of these people use their wit and knowledge to take advantage of others.

Their personality is charming, and they usually possess a great sense of humor.

People love to be in the Jack of Diamonds person’s company because they are talkative and can discuss a variety of subjects.

They often instinctively say what others want to hear, but they usually don’t have a hidden agenda behind this.

They enjoy making others happy even when it means talking what they love hearing.

These people have talent for entertainment and arts, and many chose a profession in that field.

Some Jack of Diamonds have healing powers and are inclined towards the medical profession.

Jack of Diamonds have youthful nature and don’t allow years to run over them.

They love being in company of younger people and don’t think about aging much.

They continue with activities that are pleasing them well into their old age.

Their physical appearance often deceives people about their age, because many of them appear much younger than they actually are.

They are a good team player, but also love working alone.

They are independent and tend to impose themselves as the leader of the group but are usually tolerant and respectful towards their teammates.

They are kind and polite and leave their options open.

They prefer a job that leaves them a lot of freedom and often work as freelancers or chose the option of working from home.

These people have independent nature, and it is not easy for them to commit.

They are ambitious and their career is often number one, so many of them don’t marry early in life, saving this part of their lives for their career, advancement and making money.

Many of them marry later in life, or never marry.

It is important for them to have a partner who understands and supports them, but they are not a fan of conventional unions, and often don’t have children or they have them later in life.

Some of them are fulling around during their young age, and go from relationship to relationship, but they settle down at one point.

Usually, Jack of Diamonds have persuasive personalities and can convince others to accept their ways of looking at things or make them do what they want.

Many of them experience a transformation during their lifetime, which turns them from a person whose moral standards are weak to someone who is highly moral.

This is usually triggered by some experience they encounter which carries a major lesson.

After this experience they are usually not the same.

Jack of Diamonds Card in Tarot and Cartomancy

When the Jack of Diamonds card appears in a spread this can indicate the client receiving some kind of message regarding love or finances and work.

The nature of the received news depends on the surrounding cards.

The appearance of Jack of Diamonds in a reading can indicate the person receiving a promotion or small salary rise.

When the meaning of this card is bad, it can indicate the contrary: the person might receive news about being fired from work, or downgraded from their position, or their salary being reduced.

The news can be brought to the client by someone they know or by a stranger.

Often this messenger person will be a younger man or a woman.

This card in a spread can indicate someone close to the client receiving such news.

Jack of Diamonds in a card spread is often a sign of the client’s diligent work to achieve their goals.

It can be an encouragement from the Universe to continue pursuing their plans and finish all the planned work so they can receive the wanted results.

It is usually a sign that the person has made the right choices and is doing the right things and are on the path to accomplish their desires.

It reminds the client to be patient and persistent, even if the job they need to perform seems boring.