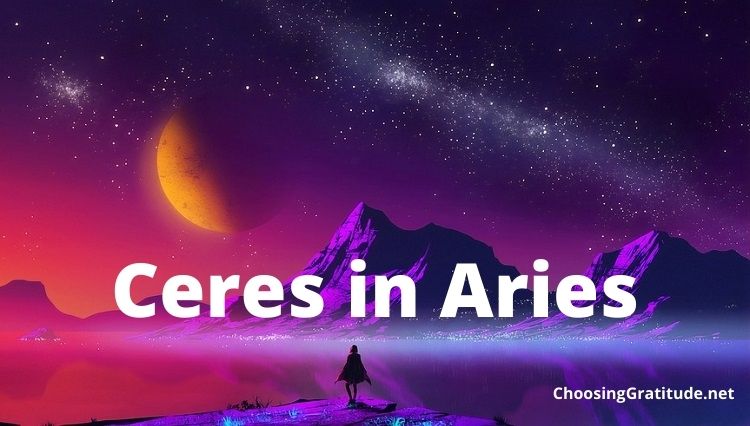 They are rocky remnants from the early formation of the solar system, which happened some 4.6 billion years ago.

Today there is over one million discovered asteroids.

The first asteroid was discovered in 1801. by an Italian priest, called Giuseppe Piazzi. It was the asteroid Ceres.

Giuseppe was trying to discover the 8th planet, and first thought Ceres was a comet.

Strangely, in 2014. Ceres demonstrated some traits that only comets exhibit.

Around this celestial body were detected emissions of water vapor, which is usually a trait of comets, and not asteroids.

Ceres is placed in the main asteroid belt between Mars and Jupiter.

Ceres is a mythological figure. In ancient Roman mythology,

Ceres was an important goddess. She was the ruling goddess of motherhood, fertility, and agriculture.

Ceres was the pandan of Demeter, Greek goddess with similar rulership.

Ceres was a very respected goddess and Romans even had a holiday dedicated in her honor.

Cerealia was held in April and was as an agricultural festival held to appease this goddess to provide them with a good harvest. Ceres was also the grain goddess.

There are also records of the Games of Ceres, held as the part of this festival in the Circus Maximus.

A ritual was performed where the goddess Ceres is looking for her lost daughter Proserpina.

Special rituals were also performed in Ceres honors, during the ceremony of marriage or burial ceremonies, but also during harvest.

Ceres was usually represented in a form of an older woman. She also ruled childbirth and virtue.

Ceres was the protector of the Roman class of plebeians.

In astrology, asteroids sometimes have a great influence when they are prominently placed in our natal charts.

Ceres the asteroid, astrologically has the symbolism similar to the one attributed to goddess Ceres.

Ceres rules the stages of womanhood, ranging from childhood, motherhood, to maturity and old age.

Ceres gives us details about the person in the role of a parent and spouse.

It is more important in the chart of women because they have the role of a mother.

Ceres shows us whether we possess nurturing qualities, whether we have a caring and nurturing nature, how we express our nurturing side.

It can show whether someone is good in the role of protector and nurturer of others, especially those close to them.

Ceres can also describe our nurturing style which depends on the sign where it is placed in the natal chart.

If Ceres is air sign, this means the person nurtures and supports others by giving them verbal support.

They care about others through talking to them, giving them consolidation with words.

When in fire sign Ceres makes the person care for others through inspiring others for action, giving them energy boost and encouraging them.

These people nurture others by morally supporting them.

Ceres in earth sign, makes the person nurture others through providing them physical comfort, food, and shelter.

These people nurture others by giving them financial and material support.

When Ceres is in water sign, this makes the person care for others by providing them emotional support.

It is important to analyze this asteroid’s placement in the natal chart to discover whether the person is a nurturing type or not, and the way they choose to care for others.

Ceres shows our need to take care of living beings and nature in general, but especially the ones we love.

If badly placed, Ceres can indicate issues with these roles the person could experience.

When Ceres is prominently placed in the person’s chart, it makes the person concerned for their wellbeing and the wellbeing of their loved ones.

They pay a lot of attention to their diet and make sure it is as healthy as possible.

Aries is a fire sign and also the first sign of the Zodiac. People who are influenced by this sign are very energetic and have a fiery temper.

They are also ambitious, and nothing can stand between them and their goals.

They are very confident, and people might feel intimidated by the strength of their character.

Aries is not the most thoughtful sign. They act first and think later. They are quick to react, and this often turns against them.

It is not surprising that they have such reactions, because the ruler of this sign is Mars, which is the planet of war and destruction.

They are often very aggressive and love to impose their will on others.

They are very sensitive to provocations, and they don’t wait long to return the attack.

They sometimes see provocation where there isn’t any.

Aries people are often prone to conflicts and fighting, mostly because of their impatient and quick tempered nature.

They are also very direct and don’t hesitate to say what’s on their mind even when they know for sure that they will offend someone.

They lack tact and can be perceived as rude.

Women have a similar personality like men, and this often makes them appear masculine and rough.

Despite these traits that can get on many people’s nerves, Aries people aren’t evil minded. Their intentions are pure, and they never do things behind people’s backs.

They are direct and confident enough to speak their mind and they don’t need hiding and deceitful play.

These people have generous personalities and genuinely enjoy helping others. They are not the ones to step back from action when one is required.

Aries people have a passionate nature. They need a lot of physical action and usually don’t lack opportunities.

Their sensuality is like their nature, a bit rough and they best get along with people who are fiery temperaments like them.

These people love sports and are always in some kind of action. They never seem to sit still.

Their nature is very impulsive, and they are in constant pursuit of adventure.

They don’t allow disappointments keep them stuck for a long time. They recover from negative experiences quickly and move on with their life.

They love themselves too much to allow anyone to walk over them.

Aries types love taking risks and are usually brave and unafraid to fight for their rights.

Nothing can prevent them from accomplishing their goals and they never back off before a challenge. Challenges only make them more determined.

Because they don’t know how to take breaks and are able to work till exhaustion they can experience burnouts.

It is a great thing to have them as your friend because they are loyal and willing to do anything for those who are in their life and deserved the role of their friend.

These people are leaders and won’t easily allow someone to take this role away from them.

When Ceres is placed in Aries this makes the person strict and not very emotional in the role of a parent.

They give the rules, and their children should follow them.

These people are providers of the family, and make sure nothing is missing.

They are not the most emotional types, but they are reliable and provide the moral support their loved ones need to succeed in their goals.

They can be a bit aggressive and demanding towards their children, and often the relationship with them is tough because their children might oppose the strict parenting style they prefer.

These people respect their family and family ties, but they aren’t very attached to them.

They do all the duties but don’t care much about tradition and spending much time with them.

They enjoy helping others, especially their loved ones, when they are in some kind of trouble and need help and support in taking action.

As a spouse, they might want the leading role, and they won’t get along well with someone who has similar needs.

This placement is more difficult in the chart of a woman, because of her traditional feminine role, which in this case she probably won’t be able to undertake because she leans towards the masculine side and traits.

These people are active and prefer sports where they can compete with others.

Woman with Ceres placed in Aries

Women with their Ceres can be perceived as stubborn and strict, especially in their roles as parent and spouse.

As a mother, woman with Ceres in Aries can be a bit rigid which can create a tension in her relationship with her children.

This woman is not the pampering type. She makes sure her child is well fed, dry and well dressed.

Unless there are some more emotional influences in her chart, she can be perceived as cold by her children, but also her spouse.

Women with Ceres in Aries often have a hard time accepting the traditional passive feminine role, the role of a mother and wife whose role is to take care of the children and her husband.

In her marriage, she loves to have the leading role.

These women have a strong character, and they are often very masculine, both in their appearance and the choice of personal style, profession, and interests.

They often prefer the company of men, then of women.

They can be very loud and demanding in expressing their desires. It is not easy for these women to find a suitable partner because of their nature.

They don’t want someone who is weak and submissive, and yet, they cannot tolerate someone who will tell them what to do.

As mothers these women are not very emotional, and make sure their child is well provided for, but they don’t baby their children much and want to prepare them for the harshness of life, rather than creating a false image that the world is an ideal place.

They are sport types, and they don’t pay much attention to their diet as long as they eat sufficiently enough to boost their energy.

Man with Ceres placed in Aries

Similar to women with Ceres in Aries, men with this placement are strict as parents.

They have a set of rules which their children are supposed to follow.

Their style of raising children is focused on creating strong and enduring individuals that will be equipped and able to find their way out of difficult situations and manage to survive in the harsh world we live today.

They love to be the leader in their relationship and their spouse will need to adapt to that.

They prefer women with masculine traits because they are usually overly masculine.

They are caring and protective of their family and loved ones, but they don’t show much affection.

They help others become stronger and go after their goals.

People who are prone to complaining all the time get on their nerves.

These people are doers, and they make things done.

They expect the same from their children, spouse, and every other being.

They love sports and often participate in their children’s sports activities.

They make sure their children have plenty of activities and spend a lot of time outdoors.

People with Ceres in Aries are strict parents and focused on building strength and resilience in their children.

They might not be very emotional but are protective and caring towards their loved ones.

As parents they make sure their children have their needs met.

They make sure they don’t spoil their children and give them a false image of reality.

Women with this placement might have problems in accepting their feminine and motherly role because of their sometimes overly masculine nature.

These people are leaders and make sure others respect that.

They are supportive of their loved ones and help them in achieving their goals.

These people love sports and various activities and try to instill this love in their children as well.