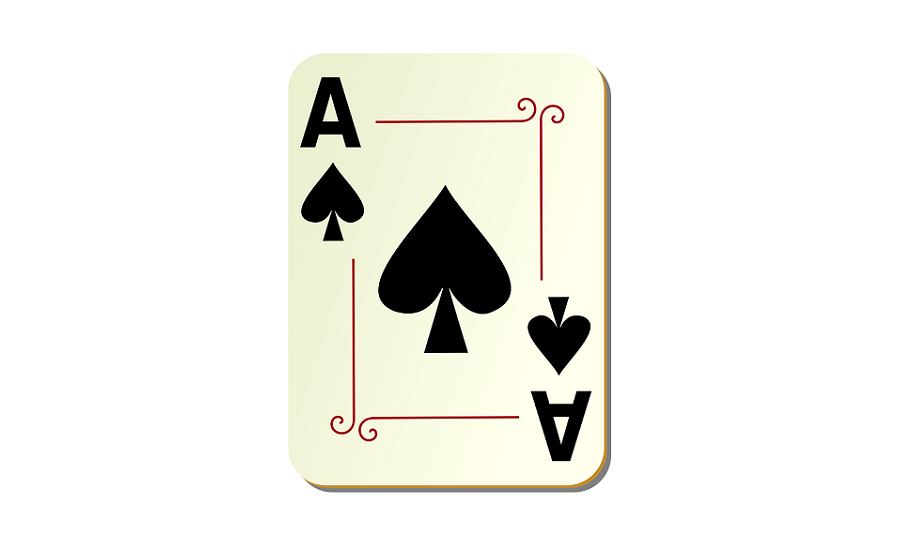 Cards have a long history, dating back centuries before us, originating most likely in Asia.

The exact date of their apparition is uncertain, and they first appeared in Europe in the 1400s.

They were believed to have been brought from the East by traders, gypsies and/or crusaders; still, no reliable proof of their origin exists.

Many believe that cards appeared first in China somewhere around 1000 AD, from where they found their way to Egypt, and finally to Europe.

There are, of course, some theories that modern cards evolved in Europe.

The latest dating proof of their existence is a Latin manuscript from 1377, written by a German monk, found in a Swiss monastery.

It took a long time for the modern deck containing 52 cards to form, and this deck represents a mix of different cultures and influences.

The first suits signs were clubs, cups, swords, and coins, believed to have originated in Italy.

These first Italian cards were a luxury item, usually hand-painted.

In time, cards became more popular, and their production begun in cheaper versions.

With their increased availability, cards begun spreading around different countries, such as Germany, France, England, etc.

In the 15th century, France began using suits’ icons that are mostly in use today, i.e., hearts, diamonds, spades, and clubs.

This change also accelerated the mass production of cards. One unique addition to the card deck was added by Americans; this was the addition of two Joker cards.

It also represents earth as one of the four elements. Because the icon of spade is a depiction of a leaf, it symbolically represents the tree of life and life itself.

In tarot, spades are often related to action, the physical, intelligence, and death, and are equivalent to the suit of swords.

Their spirit is earthy, and it supports them to dig deep and put in some hard work to discover and fulfill the needs of their souls.

The term ace comes from Old French word “as” which means “a unit”.

The Ace card represent one, self, oneness, the person and their needs and fulfillment of these needs. It is often a symbol of high-quality and excellence.

Every Ace card represents a new beginning, and the suit and its symbolism reveals more about this new experience in a person’s life.

Ace of Spades card is known commonly as the Death card. It is often considered as the most valued and highest card in the card deck.

The design of the Ace of Spades card, which is common today, originates from the 17 century, when a law was passed in England obliging printing houses to place the insignia of their printing house on this card.

This card shows the manufacturer’s information even in today’s card decks.

The symbol of this card was often used as the insignia of armies, for example, British or US Army.

Supposedly, the Ace of Spades card was used by US troops during the Vietnam War as a means to demoralize and frighten the Vietnamese troops.

US soldiers believed that the spade was an omen of ill-fortune and death for the Vietnamese people.

They mocked them by leaving this card on the dead bodies or scattering them in the villages and jungle during their attacks.

This was used more as a moral boost for the American soldiers than to actually frighten the Vietnamese people.

The most recent use of this card in military affairs was during the Iraqi War in 2003.

The Americans made a deck of cards with most wanted Iraqi leaders, and the Iraqi leader Saddam Hussein was nicknamed “Ace of Spades” and that card was made with his image.

The Ace of Spades card is considered a bad omen and symbol of bad fortune for many people and cultures around the world. 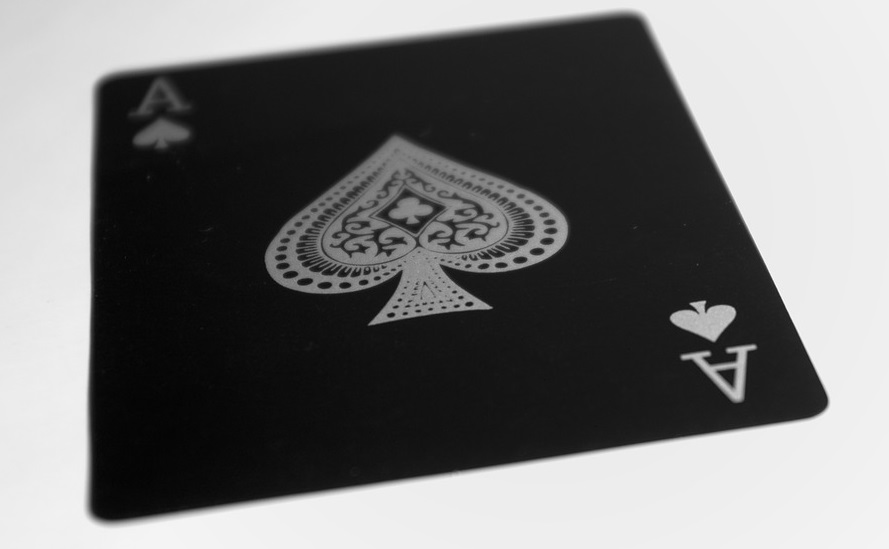 The Ace of Spades card for many people is a bad omen and carries negative and disturbing energy.

For many cultures around the world, this card is a sign of death and overall bad events.

The appearance of this card in a reading usually stirs fear and discomfort.

Being the symbol of death, this card is also a symbol of transformation and necessary changes the person needs to experience leading the person to deep spiritual insights.

This card represents the true reality of our life on earth, which is hidden behind the illusion of our three-dimensional experiences.

This card can be a sign that we are about to embark on a spiritual journey and spiritual discoveries of hidden truths regarding our existence.

The Ace of Spades card represents secrets as well as secret knowledge. It is often used as a symbol for people who practice esoteric sciences, such as magicians, astrologers, etc.

Ace of Spades can be a sign of new beginnings in the spheres ruled by the Spade suit.

For example, it can indicate the beginning of process of transformation in a person’s life or the person starting to use their esoteric knowledge to help others.

Sometimes, the Ace of Spades card is considered as a symbol of imminent death.

It often seen as a sign of disaster, bad fortune, negative emotions, and events.

Because it is a bad luck symbol, it often adds a psychological effect on a person, who ends up experiencing something bad as a result of the fears and worry caused by the presence of this card.

Similarly, good luck symbols add to the optimism and good expectations which in turn contribute to fortunate events in the person’s life.

The Ace of Spades card is also considered as misfortune among gamblers. They do not want its presence among their cards.

The Ace of Spades personality are selfless and disciplined workers. They do things sincerely desiring to help and make things better, and they usually don’t need praise for that.

This person’s soul card is the 7 of Heart, which gives this person some kind of emotional insecurity.

That usually means that the person will encounter some kind of emotional disbalance caused by lack of appreciation or jealousy and will be forced to overcome it.

This card can in some cases create a need for appreciation and recognition which the Ace of Spade person will be forced to overcome.

This person often needs to learn how to balance their love life with their work.

Some of them might be prone to neglect the emotional needs of their loved ones because they are overly focused on their work.

Many of them have some kind of transformational experiences which lead them to understand how important love and their loved ones are and teaches them to balance things between their work and love life.

People who have Ace of Spades as their personal card are usually very charismatic personalities. They are very active and often athletic.

They are romantic and are in active pursuit of their ideal love interest until they finally find them and settle down.

The Ace of Spades personality is usually someone who everyone calls for help, often of a financial nature. This often happens in the earlier stages of their life.

They might find themselves in situations where relatives and close friends rely on them, asking them to prove their loyalty by taking care of them financially or in some other way.

Some of them have issues with negative thinking, overthinking, and anxiety.

Some of Ace of Spades personalities will be forced to undergo some unpleasant life circumstances, in order to get rid of something that does not serve their good.

Their spiritual nature will be able to recognize the message these experiences have for their life and embrace the changes they carry.

Ace of Spades Card in Tarot and Cartomancy

The Ace of Spades card is commonly referred to as the death card in Tarot and Cartomancy.

It certainly raises the fear of clients (querent) whenever it appears in the spread.

It is important to bear in mind that the Ace of Spades card rarely indicates physical death.

In fact, the Ace of Spades card is a symbol of new beginnings and encounters with new people.

It can symbolize a new beginning which symbolically starts with some kind of ending, which does not necessarily have to be bad or hurtful.

This can happen through some kind of loss or removal of something or someone from the person’s life.

It indicates better things coming into the person’s life after saying goodbye to the past.

The Ace of Spades should not be perceived as a bad omen but as a sign of hope, and indication that bad things cannot last forever, and they will eventually be replaced with something good.

It is important to always interpret this card alongside the meanings of the other cards in the spread.

The Ace of Spades card can often be a sign of an emotional transformation after a breakup.

Sometimes if it is accompanied by some cards with challenging meaning, it can mean the loss of money and poverty.

Because it is the card of the mind, in some cases, the Ace of Spades card can be a sign of worrisome thoughts, confusion, and bad decisions.

In a spread, it will often indicate the issues that are bothering the client, usually having to do with making some important decision or choice.

When the Ace of Spades is next to a card from the Hearts suite, if the Heart card is following it this usually means that the person has undergone some emotional trauma or transformation in the past, and now is in the process of healing.

If the Ace of Spades follows a Heart card, this might be a sign that the client is currently experiencing some emotional drama and is facing a dilemma about a choice or decision they need to make.

Other cards in the spread give additional information about the circumstances and the timing of events.

When the Ace of Spades card is next to a card of the Clubs suit, this often indicates issues related to work or leisure time.

If the Ace of Spades is followed by a Club card, this could mean that the person is about to make some decisions regarding their studies, work, or free time.

It is important to consider the meaning of all the surrounding cards in the spread.

When the Ace of Spades card is next to a Diamond suit card, this usually indicates decisions related to resources, financial issues, or matters of personal power.

The number on the Diamond card gives further details about the matter regarding the decision.

If the Diamond card falls before the Ace of Spades card in a spread, this can often be a sign of financial worries and stress in the near future.

When the Ace of Spades is next to another card from the Spade suit, this is usually the worst case scenario, because it can indicate negative emotions such as fear, resentment, illness, anger, anxiety, worries, overbearing emotions, despair, depression, confusion, etc.

When the Ace of Spades is next to another Ace card, this is a certain sign of a new beginning, usually after the ending of something.

It can be an indication of a major change in life, often after a major life lesson.

The Ace of Diamonds is a sign of financial beginning, the Ace of Hearts is a sign of an emotional transformation and new beginnings in love after a period of grief, and the Ace of Clubs can indicate new business ventures and situations.

If the Ace of Spades is placed before these other Aces, this indicates that the transformative events and endings have already happened, but when it follows them, it is an indication that they must be faced first.

More Destiny Cards to Discover: 3 of Spades | 2 of Spades