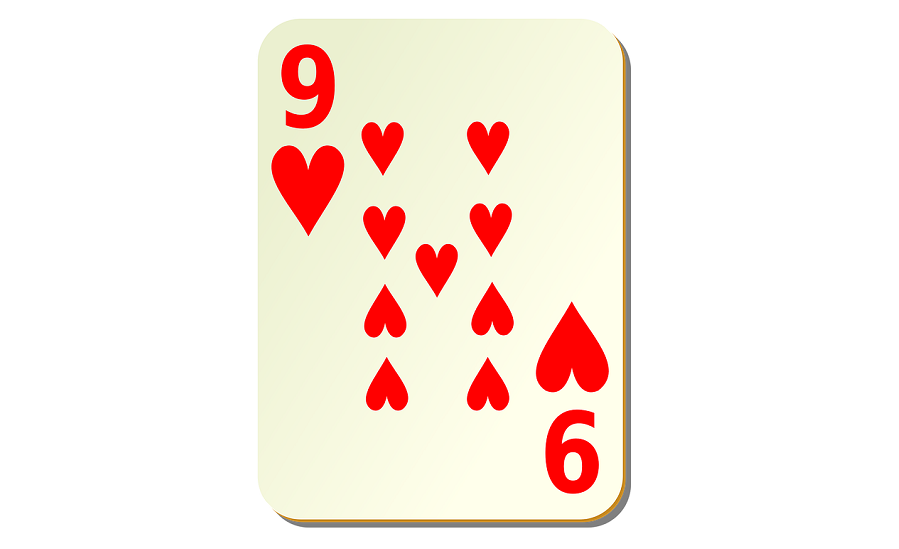 Cards have a long history and were developed through centuries.

They were used for playing games, but sometime later they became a fortune telling tool as well.

Most likely the Chinese created the first deck in the 10th century AD but there isn’t sure proof for that.

Cards evolved in time and continued evolving after they were brought to Europe, by the end of 13th century.

They were expensive and not many people had them in their possession.

Those first decks were luxurious and hand painted items.

In time they become more affordable and more people could enjoy owning one.

People with birth cards from the hearts suit are very emotional and sensitive.

Their actions and behavior are motivated by their feelings and often have problems controlling their emotions and reactions.

They often experience issues and life lessons related to the hearts suit symbolism.

They can also be a sign of co-dependency, depression, cold-heartedness, insensitivity, dominance, moodiness, and negativity.

Cards number 9 can often be a sign of endings which make place for something new to appear.

They describe the final stages of a situation before it finally ends.

9 of Hearts Card – Meaning and Symbolism

9 of Hearts card symbolism combines the meanings of the heart suit and 9 cards.

This card is a sign of endings and new beginnings in love and relationships.

It can symbolize suffering and pain before an ending which is replaced by happiness and joy in a new love relationship.

It is also a sign of relationships based on selfless love and commitment.

9 of hearts indicates giving love and affection because you enjoy doing it.

It is known as the “universal love” card, and also the “wish card”.

9 of hearts people often have issues with earning money, and are often forced to sacrifice love for money, or vice versa.

Love often comes in the way of achieving financial security.

These people have enough strength and endurance to go through the challenges, life will put them through.

They go through series of tests in various aspects of life, but after passing them they end up feeling stronger and more determined to achieve their goals.

These people are not afraid to make sacrifice for the sake of a higher good.

They are tolerant and patient.

Throughout their lives they experience different disappointments related to their emotions, but mostly in the area of their personal relationships.

They need to learn to control their powerful emotions.

They are magnetically attractive and have many suitors.

They need to resist the urge to enter relationships based on the feeling of personal gratification they receive from their partners.

It is important for them to give as much as it is to receive, and selfishness never pays off in personal relationships for them.

Luckily, these people naturally enjoy giving love and affection, and selfishness is rarely their trait.

9 of hearts are intelligent and creative.

This gives them a talent for writing and also publishing.

They can be found in the areas of entertainment and politics.

They are good as leaders but can be good followers as well.

Many of them have a tendency to worry about the outcome of situations, and they need to work on developing an optimistic outlook on things and expect only the best outcome instead of imagining the worst one.

Their strong imagination can both help them but also ruin them and they should learn to put it under control.

These people love to travel, and they often have adventurous spirits.

They love making changes, and they often involve changing their place of residence, or even moving to another country.

These urges often come in the way of their personal life and relationships.

They need to learn to discern the important issues from the unimportant and stop wasting time and energy on what doesn’t matter.

If someone doesn’t think well about them, they should simply ignore it instead of reacting emotionally or upsetting themselves about it.

These people are not weak, but their emotions are easily hurt by inconsiderate people.

They always protect the weak, but sometimes they need protection too.

Their soul card is the 7 of Diamonds which is responsible for the experiences related to love and money.

Namely, they often experience not being able to have both at the same time.

They either experience fulfilment or loss.

The 9 of heart card is the card of completions and endings and these people are bound to experience some in their lifetime.

This might come through a painful breakup, someone’s death, or some other circumstances.

The person learns to part with some important part of themselves because they have no other choice but to do that.

9 of hearts often go through painful emotional experiences during their lives.

experiences are often a continuation from a previous lifetime.

They might end a karmic cycle with some person that has lasted several lifetimes.

They often need to repay some debt towards someone to be able to move on with their lives.

This is often hard and hurtful but clears the path for the person for new experiences and moving on with their lives.

Resisting to move on will bring the person more pain and disappointment and it is not wise to do so.

These debts might be actual debts in money, which put them in a bad financial situation for some time.

Their nature is spiritual, and many have spiritual gifts of intuition, clairvoyance, and other.

They learn through life that any injustice they do to others will immediately be paid back to them.

They realize that only doing the right things and threating people with the respect they deserve can lead them to true happiness and fulfilment in life.

9 of Hearts Card in Tarot and Cartomancy

Nine of hearts in a card spread is in most cases considered a good sign.

This card is also the wish fulfilment card in cartomancy and tarot.

When 9 of hearts is in a card reading, it is often a sign to the client that some important desire is about to fulfil in the near future.

Maybe they have given up hope, but this card is a sure indication that happiness and joy is on the horizon.

9 of hearts is an indication of happiness, contentment, and emotional fulfilment.

It indicates being filled with love and gratitude for all the blessings in life.

This card might be a reminder to the client of how happy they actually are and how many blessings they have to be grateful for.

It is the card of emotional abundance and fulfilment.

If a romantic relationship is what the client is wishing for, the 9 of hearts in their spread is a sure sign that there will be a cause for celebration soon because love is entering their lives soon.

Sometimes this card is a confirmation of the happiness and contentment they are already experiencing with their partners.

Nine of hearts is considered a sign of celebrations and enjoying the good things in life.

This card reminds the client to take time to relax and just enjoy.

It might indicate the ending of the period of suffering and pain and beginning of the time of love and joy.

Nine of hearts comes after the 8 of hearts, which indicates moving on from a painful experience.

10 of hearts which comes after the 9 of hearts is the heart of ultimate relationship and family fulfilment.

When the 9 of hearts appears reversed in a card reading, this can indicate that the time hasn’t yet come for the fulfillment of the person’s dreams.

Maybe some circumstances need to fall in place, or they are not yet ready for something new.

When this card is reversed it is a sign that some more time needs to pass, and the client needs to remain patient.

In some cases, 9 of hearts reversed could be a sign to look for things to be grateful for in your current life circumstances instead of lamenting and feeling miserable for the things that are not yet there.

It is an encouragement from the Universe to have faith that dreams are within reach, but the client needs to be in the right emotional and mental state to receive them.

If they keep fearing and thinking negatively, they will only continue keeping them away.

9 of hearts in a reversed position is a sign for the client to focus on themselves and their personal development.

They need to work on loving themselves first to welcome the love they desire.

The main thing to do is to be satisfied with where you are in life and be grateful.

On some occasions, this card reversed might indicate unrealistic hopes and expectations.

Maybe the Universe sends a message to the client to revise their desires and see if they are currently capable of fulfilling them.

Maybe this card indicates that the client is only doing wishful thinking and actually not doing anything to accomplish their desires.

In such case, 9 of hearts reversed might be their call for action.

More Destiny Cards to Discover: 7 of Hearts | 8 of Hearts