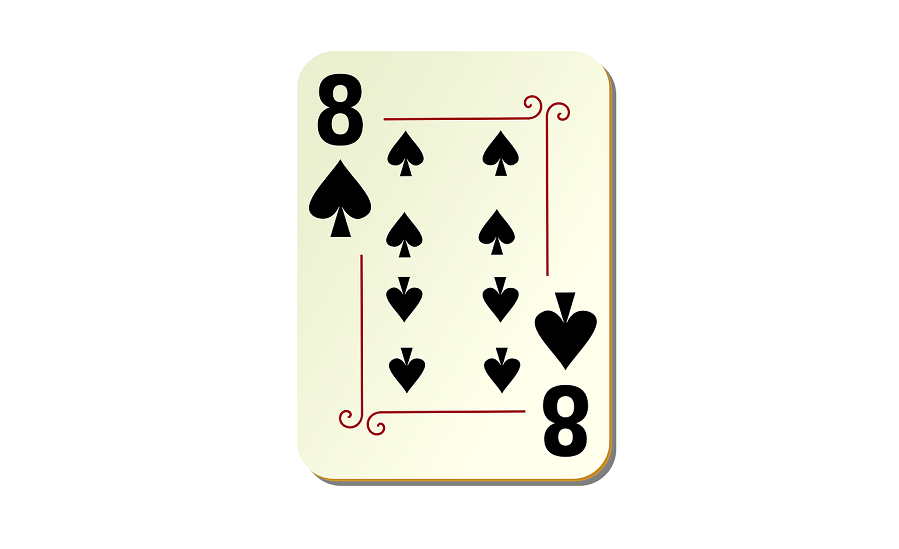 The card decks we know today have a long history.

Their origin dates way back in time and it is believed that they were first created in China in the 1000s.

This is not a proven fact, but there is a general belief that Asia is their country of origin, from where they were brought to Europe by traders or crusaders in the 1400s.

The first country in Europe where cards appeared was Italy.

Those first decks were luxurious pieces and were hand-painted which is why not many people had them in their possession.

As time passed, their production was simplified and became cheaper and more people were able to acquire them.

From Italy, cards begun spreading in the countries of Europe and finally came to the US.

The French are responsible for the modern suits – spades, diamonds, clubs, and hearts.

The spade icon is a symbol of work, wisdom, acceptance, communication, life, death, action, intelligence, the physical etc. In tarot, the spade is equivalent to the swords’ suit.

Those who resonate with the spades suit are physically active and enjoy different activities.

They are also spiritual beings and devote much of their life to the pursuit of fulfilment of the needs of their soul.

The 8 cards symbolize limitations, boundaries, and situations that cannot be amended with ease.

These cards symbolize situations which represent boundaries that a person needs to understand and accept or overcome.

8 of Spades Card – Meaning and Symbolism

The 8 of spades symbolizes isolation which comes as a result of ignoring some boundaries.

The card is also a sign of problems caused by thoughtless actions and spoken words.

It signifies issues caused by difference in opinion and avoiding accepting other points of view.

It indicates rigid beliefs and attitude and avoidance to change.

The 8 of Spades people are focused on acquiring wisdom and knowledge.

These people can achieve success in the field of health or education, and in some cases government positions.

Their success and power increase along with gaining education and expanding their knowledge.

The 8 of spades people often inherit something from their ancestors.

In general, these people are financially secured by their families, particularly their parents.

They know how to receive help.

They are loyal and traditional.

They choose to marry rather than to live in open relationships.

They are good providers and not afraid to work hard to protect and provide for the people they care for.

The 8 of spades person is responsible and wants to take care of their family.

These people are usually fortunate with earning money.

They live a comfortable life and are financially secured.

Sometimes they get involved in charity work because they love to help and share the blessings they have.

They possess a lot of energy and are often the ones who inspire others to take action and succeed.

They are sociable and love being around people.

They love to work, and their actions are usually inspired by financial gain and rise in status.

People who have the 8 of spades as their birth card are active both mentally and physically.

Eight of spades love to travel and often travel for business reasons.

These people have powerful personalities, but they are not always emotionally stable.

They might be pressured to take action by their impatient urges, and this often causes wrong decisions and mistakes.

It is essential for these people to think well before taking some action.

They also need to work on grounding themselves because they can be all over the place at times.

They also should work on their organizational skills.

People who are 8 of spades are magnetically attractive and charming, but they are not always aware of that.

Those people often choose to use this gift working with public.

These people love to be of service and find that they are happiest when they can serve others in some way, either through their work, their charity work, or simply serving their friends and family members.

8 of spades people are very independent and this can be a problem when they want to establish a lasting romantic relationship with someone.

They need a partner who can understand their desire for freedom.

For any spade personality, especially the 8 of spades person, it is hard to detach from the material way of looking at things.

They need to gain and build financial security.

On the other side, they are spiritual beings, and they have a strong urge to become spiritual masters and practitioners.

Some of them have strong healing powers as well and use them for helping others.

These two sides of their personality are not easy to merge, but they manage to do that in the later stages of their life.

Eight of spades people are usually very successful and success comes naturally to them.

They don’t mind the hard work it sometimes requires, in fact, many of these people enjoy hard work and are true workaholics.

They are aware of their qualities and how capable they are.

Many of them want to be admired for their qualities and enjoy being praised for that.

People 8 of spades always seek to improve their financial situation and status, and many choose to do that through marriage.

They seem to attract wealthy partners or those who will become wealthy.

These people enjoy the feeling of security that a full bank account gives them.

8 of spades are people who possess strong faith in themselves and know that if they put in the effort, they can succeed in doing anything.

No obstacle is too difficult to them and their will is unshakeable.

When they decide to do something, they don’t give up until they have the desired result.

In some cases, these people can become overwhelmed with their greatness and believe they are always right.

This can cause them problems in communication with other people.

Because they never admit they are wrong this undermines their other qualities.

Sometimes, 8 of spades people chose their career over their love life.

They seem to find greatest satisfaction in their business achievements and if their partners cannot accept that they don’t have other choice but to leave them and focus on what’s most important, their job, not just for material reasons, but for the satisfaction work brings them.

Because of this approach, these people have guaranteed success.

What also motivates them is respect and admiration from others.

The changes of attitude might appear when these people discover their spiritual side and begin developing it.

Some of them completely change direction and focus solely on their spiritual gifts.

Because they are very intelligent, they choose the company of people who are like them.

They also need a partner who is very intelligent and successful.

They often work with their partners which is a way for their relationships to endure.

It is important for them to choose their partners wisely based on matching characters rather than status and wealth.

Many of them make these mistakes at first and they learn their lessons after several disappointments.

8 of Spades Personality is born on the January 6, February 4, and March 2.

8 of Spades Card in Tarot and Cartomancy

The 8 of spades appearing in a spread can be a sign of fears to take action because of an unknown outcome.

The client might be afraid of getting hurt in some situation, and these fears can be completely ungrounded.

This card often indicates fearing for no reason at all.

The person might be unaware that the circumstances are not as frightening as they believe them to be.

The eight of spades in a spread is an encouragement to the client to act and stop fearing some situation.

The reader can reassure the client that their fears are ungrounded and are a result of their imagination.

It is important to face the future and believe there’s nothing scary there.

The 8 of spades card is a sign that good things are coming to those who are brave to take action.

When the 8 of spades appears, it is usually an indication that the client has some fears and self-sabotaging behavior they need to change immediately.

Also, it is important to neutralize our fears because they are also thoughts and they can materialize if we continue to have them.

If the question is work-related, the client should be assured that some situations are worth changing or they can be changed.

If the client believes something is hopeless, the reader should encourage them to have faith and take action to make the changes they fear making.

For love related questions, when the 8 of spades appears, it is usually a sign that a relationship is unsatisfying, and the person is staying in the situation because they fear leaving it.

Usually, a person fears being alone and considers that it is better to be with someone who is not a good match than being single.

The 8 of spades card is a clear sign of this.

Sometimes, the 8 of spades in a spread is related to the person’s finances.

They might have some fears related to some financial decisions or other financial matters, and this is preventing them to move.

The 8 of spades card can sometimes be a sign of health fears and concerns, and it is essential for the client to stop their worries regarding their health, because they might become self-fulfilling prophecies.

They need to have faith that everything is aright.

For some, the 8 of spades appearing in a spread is a sign of warning about an upcoming illness, but all cards should be consulted to give such a prediction.

More Destiny Cards to Discover: 7 of Spades | 6 of Spades