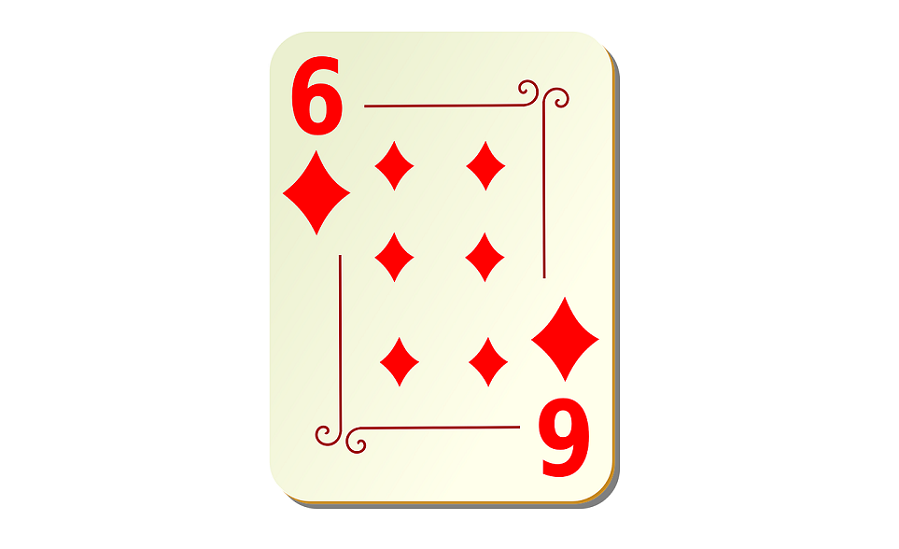 Cards came a long way to looking like we know them today.

Modern card decks hold within centuries of creation and influences of different cultures and people.

No one is certain where and when they first appeared, but it is generally believed that they first were created in China in the 10th century.

From Asia, card decks were brought to Europe several centuries later, around the end of 13th or beginning of the 14th century, according to the existing records.

The first countries of Europe where cards most likely appeared first were Italy and Spain.

These first decks were an item of luxury, because cards were in these days hand-painted and richly decorated.

Presumably due to that fact, only the rich could afford owning them.

In time, as their production became cheaper, other people could have them in their possession as well.

The icon presented on the suit of diamond was a depiction used since ancient times to represent a diamond.

Diamond is a suit which symbolizes money, value, income, increase, wealth, worth, finances, turning our thoughts to matter, etc.

In general, people who are influenced by this suit are usually focused on earning money and building their financial security.

People who are influenced by the energy of a card with numeric value 6 are often very creative.

They love being in union with others and working in company to achieve a common goal.

They are lovely people and others love being around them.

They have a balanced nature and are focused on creating harmony everywhere.

6 of Diamonds Card – Meaning and Symbolism

6 of diamonds symbolizes responsibility regarding finances.

This card indicates being aware of debts and paying them.

It is important to not succumb to procrastination and take action.

People influenced by this card know that they can achieve anything if they put in enough effort.

The 6 of Diamonds people often realize that they have a special mission in life.

Having this card as your birthday card indicates your desire for justice and everything being right.

These people have a diplomatic nature and help establish balance in their surroundings.

They need to interact with others and enjoy sharing their insights and knowledge with them.

It is important for them to discover their true purpose and follow it, because if they don’t manage to do that, they might become lazy and stop giving initiative.

They are good with making contacts and friendships with people.

They are also good at negotiating with others. This helps them in their career.

In general, 6 of diamonds people are successful in their career and business.

Abundance is a natural state of being to them.

They are good at working in large systems and companies, where there are a lot of employees.

Some of these people have karmic debts they need to settle, usually related to their finances.

These might appear through some unpredicted situations, such as sudden loss of money and other financial related struggle.

When they learn their lessons or pay off their debt, they continue living a life of good fortune and financial stability.

6 of diamonds people are usually fortunate and easily earn money.

It is only important to take action towards getting them, because nothing will happen if they procrastinate or wait things to fall into their lap.

They need to be active if they want to achieve financial success.

This card symbolizes putting in the effort to achieve the desired results.

They need to establish the balance between giving and receiving.

They might not have enough means, or some other circumstances are causing the problems, but they need to understand the importance of education for their future.

Many of them begin working to earn money before they finish their education.

It is hard for many to balance work duties and studying and only the most determined succeed.

For the 6 of diamonds person, it is essential to realize that money and wealth cannot make them happy.

They shouldn’t identify their sense of value with the amount of money and wealth they have managed to accumulate.

This card makes the person learn to appreciate other values besides money.

Only then they can become fully accomplished.

They often have inherited set of beliefs from their partners and their ancestors.

Many of them don’t agree with these beliefs and change them during the course of their life.

Law of cause and effect is very prominent in their life.

They receive that what they give to others.

There are two types of 6 of diamonds people.

One group is very responsible when it comes to money and paying off their debt, and the other group doesn’t mind about their financial duties much.

The first group might be obsessed with paying their obligations in time.

For this person it is important to push themselves to be active; if they begin procrastinating, this might lead to disappointments.

They need to maintain their motivation because they can do anything they can imagine if they keep it high.

If they allow themselves to become lazy, things begin unfolding in a different direction.

These people can have issues with fears of abandonment.

This fear might prevent them from relaxing and establishing lasting and satisfying relationships with others.

This might be a result of years of disappointments, but it might also stem from some unknown circumstances from the person’s past lives.

It is important to try to overcome these fears and build their confidence and self-love.

This is the lesson they need to learn in this life so they could finally experience satisfaction with their love life.

They also need to learn to give love if they expect love in return.

Some of them might have control issues, and this is what is preventing their happiness in love.

When the person learns all these lessons, their love life is bound to change for the better.

Many of the Six of diamonds people have a strong desire to be appreciated and valued for their work.

Their sense of value and accomplishment might be directly linked to these experiences.

They need to work on validating themselves rather than expecting validation from others to feel good.

Until they learn to do this, these people could be very sensitive and resentful.

These people are good for working under stress and pressure.

When they manage to awake their drive there’s not much, they cannot accomplish.

6 of Diamonds Card in Tarot and Cartomancy

The 6 of diamonds often indicates absence and loss.

It might indicate something that is lost after being created. It indicates losing something.

This card appearing in a spread can also indicate financial loss, losing money, and similar situations.

The 6 of diamonds can be a sign of confusion.

It might indicate that something has caused confusion and the client has taken to the wrong path.

It is important to evaluate the circumstances and change them so the person could return to the right path.

For some, this card indicates putting in the effort in order to begin expecting the desired rewards.

It can indicate sharing wealth, being generous, and receiving.

If the card is reversed, the card can indicate selfishness, unpaid debts, and self-focus.

Six of diamonds in a reading symbolizes financial security as well as generosity.

When it appears, it can be a sign to the client to be more generous and use their blessings to help others.

This is a sign that the person is protected and ready to share their wealth with others.

This card can also indicate receiving blessings and rewards.

This might indicate that someone in the client’s life has finally started to invest in them as much as they deserve.

It is the card symbolizing giving and receiving, and balance between them.

Sometimes the client is the one giving, and sometimes they are the one receiving. Other cards in the spread give more clues what will happen.

Sometimes, the six of diamonds card can symbolize the change between giving and receiving that happens in everyone’s life.

When this card is upright it might indicate the person sharing their wealth with others.

It reveals that the client has gained enough to be able to give.

This card in a spread might indicate that the client will be in a position to help someone and share their blessings.

Those blessings are not always money and material things; they might be energy, time, support, knowledge, or love.

Whatever the person is able to give will be appreciated and rewarded some other time.

Six of diamonds in a card reading can indicate loaning money to someone who will soon repay us back.

This can also indicate loaning money from someone planning to pay them back soon.

Maybe the client will be the one to receive help and generosity from others.

The circumstances will be described by other cards in the spread.

When the 6 of diamonds appears reversed in a spread, it might be a sign from the Universe to the client to begin taking care of themselves and giving themselves the deserved attention and care.

If the card is reversed it might indicate not being repaid the money you borrowed to someone.

It can also indicate a relationship where there is an imbalance of giving and receiving between the partners.