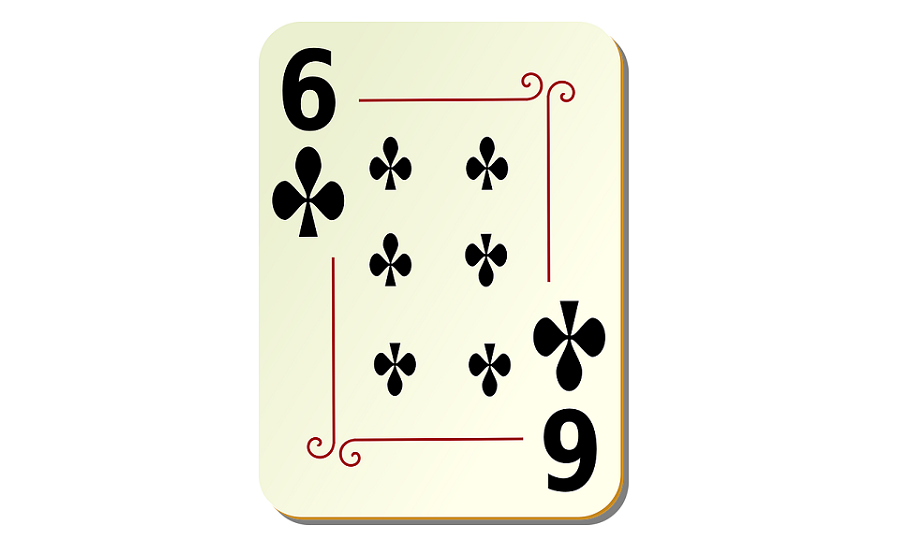 Cards are mostly used for different card games, but they can also be a tool for predicting the future.

The prevalent theory is that cards were first made in the 10th century in China.

Cards came to Europe probably in the 14th century and were a very expensive item at first because they were hand-painted, and this took a lot of time and money.

This is why only the rich could own decks of cards.

In time their production became cheaper and ordinary people could possess them as well.

People with a clubs’ suit card as their birth card are very intelligent, ambitious, passionate, energetic, and always prepared to act.

These people are sometimes unpredictable and stubborn.

They also might tend to impose their opinion on others.

They can be self-consumed and egocentric.

They are also attractive and charismatic.

People under the influence of these cards are very creative.

They are kind and lovely people and others enjoy their company.

These people have a balanced nature and desire to create a harmonious space everywhere.

6 of Clubs Card – Meaning and Symbolism

It represents responsibility and seriousness, but also lack of ambition, drive, lethargy, and inertia.

This card indicates gifts that are not easy to use due to lack of motivation and initiative.

These are also the lessons brought by this card.

There is need to overcome laziness, indecisiveness, and build motivation so that gifts are used and not wasted.

This card is also a card of peace and the efforts to attain peace.

People under the influence of 6 of clubs can be prone to worrying and it is essential for them to find ways to restore their peace.

Their worries are not only focused on themselves, but they extend to others and their wellbeing.

6 of Clubs people are very intuitive and one of their lessons in life is to learn how to rely on their intuitive guidance.

They are prone to worrying about the future and lack faith in their abilities and this is another side of them they need to work on changing.

They love being in peaceful environments and they do all they can to restore peace and harmony in their relationships with people.

They are also prone to making compromises for the wellbeing of all concerned.

Often these people hide their anxieties behind a calm and peaceful face.

They do their best to calm others, while they are not as successful at calming their anxieties, fears and worries.

These people follow the rules of society but have a rebellious side to their nature.

They are also practical and down to earth, but possess a strong intuitive side, and some of them can even be psychic.

For the 6 of clubs people, it is often normal to undertake many responsibilities and become overwhelmed by them.

They are honest and detest people who don’t speak the truth.

When someone betrays their trust, they have a hard time forgiving that person, and sometimes they do not forgive them at all.

They need to learn not to abuse power, and this usually happens through some life circumstances, either through being in a position of power, or being in contact with someone powerful and learning to control power through this interaction.

It is essential for the 6 of clubs person to find their true calling and begin following it, otherwise they will remain sad and unfulfilled because of their indecisiveness.

Balance is the key to their happiness, especially in contact with others.

People born with this card as their birth card might have a problem keeping their promises.

Some of them might be strong on their words, but this is where their commitment ends.

It all remains in their words without action.

Some 6 of clubs people can be prone to lying and deceiving others which causes problems in their interactions, and people removing themselves from their lives due to their behavior.

This trait is bound to hurt them the most, and many of them realize that when it is too late.

Some of them realize the damage they have caused to others and try their best to repay it if that is somehow possible.

Not all 6 of clubs have dishonest nature, and many of them are highly spiritual beings who detest lies and liars.

These people love to be in a relationship but many of them might have fears of commitment due to disappointments they have experienced in their young age.

If they ignore their need for love this might affect their health, making them nervous and agitated.

Many of these people possess strong intuitive gift and they are unaware of it.

They often discover it through strange circumstances learning that they are given this gift to help themselves but also other people.

Some of them might become frightened when they realize the power of their intuitive insights.

6 of clubs often have nervous nature and might be prone to conflicts.

Sometimes they are instable and unable to control their emotions.

They are sometimes prone to overreacting.

Some of them are unable to accept their fault in situations and always look to blame someone else for them. Some can be prone to manipulation as well.

The influence of the 6 of clubs card often makes them diplomatic and charming.

They love interacting with people and have a friendly attitude towards them.

They know how to make others feel comfortable in their presence.

These people possess strong perception and are usually very intelligent.

Using this gift helps these people overcome the obstacles they encounter.

They often intuitively know what they need to do in a particular situation.

They also know the truth about others. 6 of clubs person often knows the right answers not just for themselves but also for other people and can give valuable advice to others.

These people are very creative and talented, but they often have self-doubt and worries about their qualities and abilities to achieve success.

They are also prone to health worries, as well as worries about the wellbeing of their loved ones.

It is important for these people not to choose a profession where they will mentally tire themselves.

Also, they should never overwork and always leave enough time to rest and recuperate their strength.

6 of clubs people can become very successful if they are able to overcome their doubts and lack of ambition.

When they realize the great potential they possess, they become unstoppable.

They only need to work on their discipline and keeping their mind on the goal, never allowing circumstances and obstacles negatively influence their will to succeed.

These people are caring and loyal partners.

They are good parents and nurture their loved ones.

Men with the 6 of clubs as their birth card can be prone to attracting dominant women, but this usually don’t bother them.

Both men and women usually have happy marriages and relationships.

They need to be careful not to take this happiness for granted but make sure they express gratitude for all the blessings they have.

They are most successful in the field of law, education, politics, or writing.

They are also lucky with their finances and usually well provided.

6 of Clubs Card in Tarot and Cartomancy

When the 6 of Club appears in a reading this is often a sign that some important goal is achieved.

This card indicates satisfaction with the result of your efforts and feeling of confidence.

It symbolizes success of your actions and happy outcomes of ones’ endeavors.

It also indicates being praised by others for your achievements.

Sometimes the 6 of clubs in a reading spread indicates receiving some kind of public acknowledgement or some award.

Whenever this card appears it is a sign of recognition and success of your current endeavors and projects.

This card might be an encouragement to the client to not be afraid or embarrassed to openly speak about their success.

It is also a sign to them to be open to receive praise and support from others and not underrate their achievements.

Enjoy the fruits of your efforts and let everyone know about that.

If the 6 of clubs card is placed in a reversed position in the spread, this can indicate refusing to talk about your achievements and preferring keeping them to yourself.

When it is reversed, the six of clubs can indicate being uncomfortable with public acknowledgement and not wanting to share your success.

Maybe the reason for such behavior is lack of confidence.

Maybe the card is a reminder from the Universe to the client to become humbler and have more respect for other people.

More Destiny Cards to Discover: 5 of Clubs | 4 of Clubs