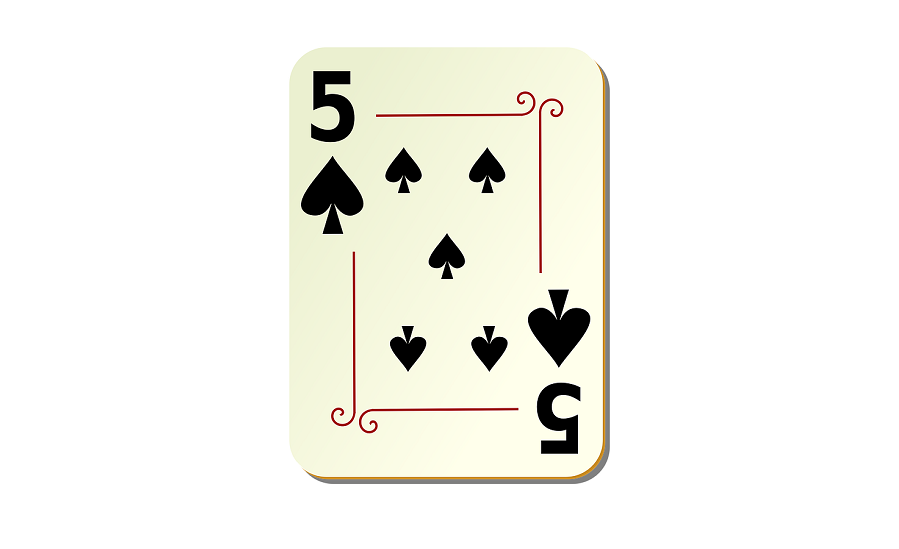 Card decks have evolved through centuries and influence of different cultures and people.

It is believed that their origins are in Asia, precisely China back in the 1000s.

In Europe, cards first appeared in the 1400s, in Italy.

As it is expected, cards were first a luxury item and were hand painted.

Not many people had the privilege to possess a deck of cards in these days.

In time, they became more popular and cheaper ways of production were invented.

From Italy, cards spread to the other parts of Europe.

Every culture added something to their decks.

France is responsible for the modern four suits we know today.

They also introduced the suits in two colors, red and black.

The American culture introduced the two Jokers to the deck of 52 cards.

The name of the spades suit comes from an Italian word, meaning sword (spada).

The spade is a symbol of intelligence, wisdom, work, efforts, acceptance.

It corresponds to the element of earth and represents life and death in general.

People who have spade personalities are usually very active and participate in different kinds of activities, especially physical. They love sports.

These people are also spiritual and usually actively pursue the development of their spirituality. They seek to fulfil the needs of their soul.

The cards with 5 value usually indicate obstacles and struggles one could face.

It is a sign of things being unfinished and imperfect.

The 5 is a card of conflicts and damage. It often refers to something unknown.

The cards with value 5 are contradictive.

They often carry a message of importance to accept the imperfections and imbalances which are a normal part of our lives.

5 of Spades Card – Meaning and Symbolism

The 5 of spades symbolizes change and transformation in relation to work or spirituality.

The person might seek spiritual enlightenment but isn’t experiencing it regardless of their effort.

This card can also signify work related imbalance and problems, which lead to changes and transformations for the better.

The 5 of Spades personality are prone to making changes in their lives to be able to improve themselves.

They want to be better not just for themselves but also for the people they care.

The 5 of spades people are not very adventurous. They are loyal and their feelings are permanent.

They have deep appreciation for the people they love, and nothing is too difficult for them to do for them.

They are ready for sacrifice and don’t mind sacrificing for the ones they care.

People who are 5 of spades can go through many hardships and endure much to help others despite the fact that it is often hard and damaging for them.

5 of spades people are usually spiritual beings. They follow a path of spiritual enlightenment and seek to gain as much knowledge as possible on the subject.

Many of them go through some transformative experiences in their lives which make them become aware of the spiritual gifts they have and the needs of their soul for spiritual growth.

They are often very religious and participate in religious organizations actively.

These people often find jobs that require a lot of business travel. Some of them might find themselves in situations to travel abroad for health reasons.

They often collaborate with foreigners and these relations often prove to be beneficial for them.

These people are good team players, but often experience disloyalty and betrayal from their partners, and friends.

5 of spades people love to learn and improve themselves.

Many of them will struggle financially to provide for the education they desire, but they manage to pull through.

They are not afraid to put the hard work necessary for them to acquire the means for their education. This brings them great satisfaction.

Many of these people must begin working before they finished their education to support themselves because they don’t have the financial support of their family.

They are willing to sacrifice a lot to get their goals met. Their personality is determined and enduring.

In many cases, the 5 of spades personality might be interested in secretive matters and the occult knowledge.

Many of them have strong intuitive insights but are not aware of them, or they don’t pay attention to their messages.

It is important for them to become aware of these gifts and begin using them for themselves and other people.

They might experience disappointments and betrayal in love early in life.

In time, they become wiser and begin choosing their partners with more care.

Later in life they experience relationship and marriage bliss.

They also thrive late in their business endeavors.

The first part of their life is usually marked with financial struggle and problems with meeting their needs, but later in life their efforts begin to pay off and they enjoy the stability they have created themselves.

They often improve their financial status through love relationships or marriage.

The 5 of spades people love to travel and some of them have issues with routine, having the urge to change things in their lives once in a while.

For some of these people issues at work and with their coworkers are inevitable.

They experience disappointments at work and need to put in a lot of efforts to overcome the stress this is causing.

The best choice for their career is a job where they can meet new people and travel a lot.

People 5 of spades are reliable, and people feel secure in their presence.

They are someone people turn to when they need help and know that they will receive it.

They possess an inner strength many people envy them for.

Many 5 of spades people tend to have workaholic tendencies. They value their work highly and it is an important part of their lives.

They can be perfectionists who want everything to be done immaculately.

They also love earning money, mostly because they enjoy the security it brings, but also for the happiness it can bring into theirs and the lives of the people they love.

They are active people and want to be occupied throughout the day.

Laziness is usually not their trait.

In general, these people lead satisfying lives. The disappointments might come from other people and bad choices of friends and relationship partners.

Nevertheless, these people have the strength to overcome these disappointments, learn the lessons they bring, and leave these situations more powerful.

They experience disappointments mostly because they are very open and trust people.

In time, they become more cautious when choosing their partners and friends, and this is when things begin changing for their better in their love life and friendships.

The 5 of spades people have the 10 of heart as their soul card.

This indicates that the 5 of spades person is the happiest when they are emotionally fulfilled.

They feel especially happy when they are a part of some group of people where they feel loved and supported.

These people are popular among their friends and people love to be in their company.

In general, the 5 of spades personality needs to go through some lessons (regarding love and finances) that will help them become more mature, and aware of what they want and desire.

When they achieve that, their lives become more stable and they begin enjoying their lives fully.

5 of Spades Personality is born on the January 9th, February 7th, March 5th, April 3rd, and May 1st.

5 of Spades Card in Tarot and Cartomancy

The 5 of spades is not considered a happy card in tarot and cartomancy.

It is often a sign of betrayal in the field of relationships.

When this card appears in the spread it can be a warning about possible disappointments and dangers relating existing attachments.

This card can sometimes be an announcement of a relationship breakup, especially when it appears next to a card from the heart suit.

When it is next to a diamond suit card it usually indicates disappointments regarding finances and material security.

When the 5 of spades appears in a spread, it is usually a warning sign in general, all in relation to the other cards in the spread and their meanings.

It often warns of some unexpected loss and damage.

In cartomancy, the 5 of spades is often a sign of bad fortune and warning to the client to be warry in the upcoming days, especially regarding financial decisions and actions as well as relationships with the people they care for.

In a spread, it can indicate that the person is taking some self-sabotaging actions and decisions regarding a person or a situation, which they need to change.

The 5 of spades can often indicate conflicts, problems in communication, stress related to contacts with others.

This card also indicates change so you may find yourself pursuing a new spiritual path when it appears.

More Destiny Cards to Discover: 3 of Spades | 4 of Spades