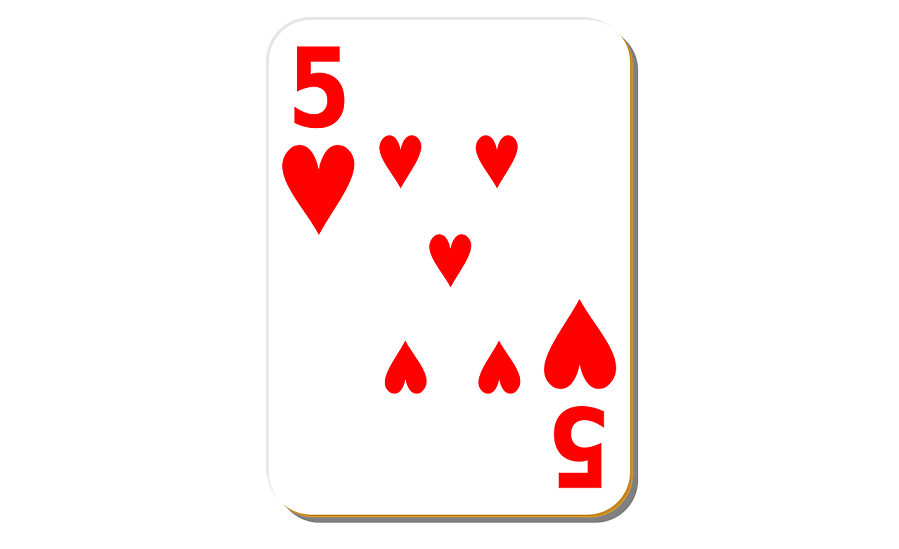 Cards are usually used for games, but also for fortune-telling and foreseeing things that might happen in the past, or for describing someone’s personality.

Cards were only used for playing games at first, and for this reason they were first created, most likely in the 10th century, in China.

Some centuries later, around 13th and 14th century, they were brought to Europe, Italy, and Spain, most likely by merchants.

They were very expensive at first, because they were hand made.

They were luxuriously decorated and hand-painted, and this required a lot of time.

This meant that only the rich could enjoy owning a deck of cards.

Of course, this changed in time, and now we can all enjoy them.

The suit of Hearts is usually related to the matters of the heart. It represents emotions, feelings, love, communication, relationships, and various connections between people.

Besides good sides, like all suits, the Hearts suit also has negative sides, for example, unrealistic expectations, false hopes, lack of passion, repressed emotions, not being able to express emotions, being overly emotional, lacking creativity, etc.

Usually, these negative traits are present in people who are unable to express their emotional side or are suppressing their emotions.

Those people who have a birth card from the Hearts suit are generally sensitive and emotional.

Their weak spots are also emotions and feelings and they often struggle the most in this area of their lives.

They can be overreactive, make decisions based on their emotions, and have irrational actions which all cost them the most.

These people have spontaneous nature and are open minded.

It is not difficult for most of them to express their feelings openly and they do it without restrictions.

They are sociable and communicative and love being around people.

They are kind people and pleasant to be around.

Cards with 5 numeral value usually don’t have a good meaning.

Often these cards indicate something unknown.

These cards can sometimes symbolize separations and sometimes unions because they are a sign of contradiction.

When the 5 card appears in a card reading it is usually a sign to accept some imperfections and imbalances in life as a part of it.

5 of Hearts Card – Meaning and Symbolism

The 5 of Hearts symbolizes changes in feelings.

This card is not a good sign regarding matters of the heart and lasting unions such as marriage.

It indicates emotional indecisiveness and adventurous nature that makes the person restless and unable to make a decision about committing to someone.

This card is a sign of fluctuating emotions, mood swings, creativity, suspicion, etc.

5 of Hearts people are often indecisive and hard to commit.

They want to have a serious relationship, but their mind is always keeping them in doubt about their choices of partners.

They always seem to think that there is more out there and that their current partner isn’t exactly how they imagine should be.

Their nature is restless and adventurous, and they always seek some new stimulation and experiences, through meeting new people or exploring something, traveling, etc.

One of their main negative traits is their inability to focus on something or someone long enough to make the most of the experience.

They might be prone to changing the focus of their attention frequently which often tires them as well.

5 of Hearts card is often considered the divorce card.

Due to their nature these people often experience relationship breakups and divorce.

This also refers to their friendships.

Many of them don’t have the patience to maintain a relationship.

They meet a lot of people, but don’t manage to establish deeper connections with these people because their focus of attention shifts quickly.

Their focus stays longer on their finances.

They are motivated to earn as much as possible because they need the money for their explorations and new experiences.

Their focus on work and making money often takes away a lot of their time and they cannot devote enough time to their personal life and relationships.

5 of Hearts people are very creative and have unique way of looking at things.

They are often spiritual and seek spiritual uplift.

Many of them enjoy expanding their spiritual knowledge and sharing it with other people so they can become successful spiritual teachers and gurus.

Because their nature is open-minded and freedom-loving, these people prefer being in an open-type relationship than in classical monogamous.

5 of hearts people don’t like any kind of restrictions and their partners should know and respect that.

Their restless nature often poses a threat not just to their personal life but also to their professional life and success.

They need to make a foundation and settle down a bit if they want to establish a stable and secure financial base.

If they don’t decide to control themselves and focus their attention for a while on some specific goals as well as put in the effort and action into achieving them, success and finances will be far away from them.

5 of hearts often have money fears and this pushes them into efforts to achieve financial security regardless of the cost.

Many of them sacrifice their love life for the sake of financial security.

Many of these people cannot make commitments to people, especially romantically, and they have promiscuous nature and behavior.

They are inspired by change and want to learn as much about things and the world first-hand.

This is why many of them don’t hesitate to change partners and experiment.

They also travel frequently because travel, foreign countries and people can satisfy their urge for the new and different.

They often move away from their home or frequently change their country of residence.

Some marry foreigners and establish families and homes in foreign countries.

These people rarely establish peace of mind because they always look for something new.

They are never satisfied with a goal because another one is there to be reached.

This is completely fine, but they need to practice feeling and expressing gratitude for the goals they reached.

Their attitude often stems from the fact that these people don’t feel that they are enough and they should constantly prove their worth to themselves and others.

Their need for change is also present in their work and career.

They cannot stand in one place or career for too long.

They don’t mind completely changing profession if their current profession becomes boring to them.

They consider boredom a just reason to do that.

They often combine work with travel which is one way to keep interest in their work.

Their nature makes them a difficult person to be around for a long time.

People need to be very tolerant to stay in their vicinity because these people have a tendency to act as they please without taking into concern other people’s feelings.

This can be hurtful in many cases.

These people don’t mind anything as long as they can travel.

They always have a reason to pack their bags, and many of them have their bags already packed just in case.

Many of these people chose to remain single if they are unable to find a partner that is willing to follow their rhythm in life.

If they do commit and marry someone, a divorce is always an option if things start being too complicated for them to handle.

5 of Hearts people are born on October 30th, on November 28th, and on December 26th.

5 of Hearts Card in Tarot and Cartomancy

When the 5 of hearts is in a tarot or card reading, this is usually considered a bad sign.

This card is a card of regret and feeling left out.

The person might feel isolated in this moment of time and left out of a situation.

Sometimes this card in a reading represents feelings of despair after a breakup.

The client might also be disappointed because some situation didn’t turn out as they wanted and now, they have problems accepting it.

This is a card of self-pity, despair, and refusing to move on from the past.

When 5 of hearts appears in a reading it is usually indicating that the person has some issues from the past that are hurting them, but they are refusing to let go of them and keep returning to that situation again and again, despite the fact that it is costing them their progress and moving forward with their lives.

This card can often be a sign from the Universe telling the person to move on with their lives instead of remaining in the past.

Five of hearts is a sign to release past hurt and resentment and forgive those who have hurt the person.

Forgiveness will bring peace and clear the path towards the future. Maybe the person has been living in the past for way too long and their life circumstances have been stagnant.

Their behavior is preventing new things and people to enter their lives and this card is a warning to them to stop acting in this manner and end the stagnancy.

Sometimes the 5 of hearts appears when the person has deep resentment towards themselves for their past actions.

This card also calls them to forgive themselves for the mistakes they’ve done in the past and allow themselves to move on with their lives.

When the 5 of hearts is reversed in a spread, this can indicate that the person has finally let go of the past and focused their attention to the future.

More Destiny Cards to Discover: 3 of Hearts | 4 of Hearts