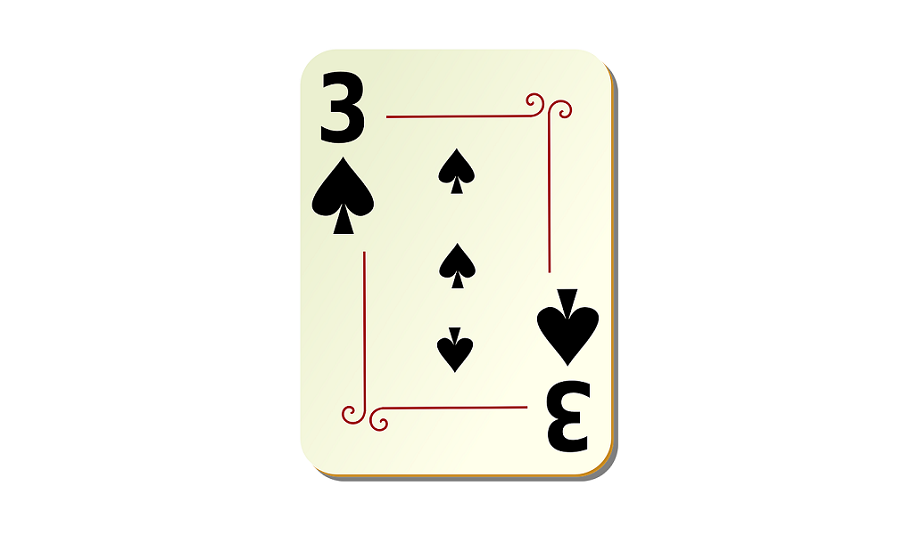 Ever since they appeared first, cards became an object of obsession for many people, and they continue to be so, whether as a gaming tool or a tool of divination and seeing into the future.

Their history is long and interesting. Many people and cultures left their mark on what we today know as the deck of 52 cards.

It is unknown when they first appeared and where; it is believed that their origin is in Asia, precisely China, but no exact proof for this belief exists.

In Europe, they first appeared towards the end of the 13th century and beginning of the 14th.

These cards were first produced in Italy. They were hand-painted and richly decorated and were considered an item of luxury at first.

As their popularity grew, their mass production begun in cheaper versions. From Italy, cards spread throughout Europe.

The first suits were coins, swords, cups, and clubs. The French are responsible for the modern suits’ icons, spades, clubs, diamonds, and hearts.

They also divided the suits into two colors, red and black.

The word spade has Italian origin and comes from the Italian word meaning sword (spada).

The spades icon is a symbol of acceptance, labor, wisdom, intelligence, action, physical, life and death.

It corresponds to the element of earth. In tarot the spades are equivalent to the swords’ suit.

People who have spade personality are usually active, and often engage in different physical activities.

The nature of these people is earthy and hard working. They are often in search for deep spiritual truths and fulfilling their soul’s need.

The card with numeral value three represents the union of two which creates a third part.

It represents creation and the birth of something new. The three is a symbol of unlimited potential.

The number three is a mystical number and carries an important symbolism in religion (the father, the son, and Holy ghost) and in occult sciences. It represents the forming of wisdom.

The card 3 is a symbol of creation as well as destruction; it is also a symbol of preservation.

It also represents the past, present and the future.

The nature of the three card is masculine and giving.

3 of Spades Card – Meaning and Symbolism

The 3 of spades is generally not considered a happy card.

The meaning is always determined considering all the other cards in the spread.

The 3 of Spades personality are usually successful and they are not afraid to put effort into achieving their goals.

It is usually true that these people encounter obstacles in their life and need to fight harder than most other people to get what they want, but this only builds their character and persistence and makes them stronger and more willing to succeed.

Their hard work always pays off in the end, and they soon forget about the problems they had encountered along the way.

The three of spades card personality might need to pay more attention to their health and listen to medical advice.

It is important not to succumb to worries and health concerns because this state of mind can only worsen their condition.

These people are usually very creative, and they express their creativity mostly in their work field.

It is important for them not to become overwhelmed with doubts and fear of failure because these feelings can prevent the 3 of spade person to give their maximum and achieve their goals.

Sometimes their overly active nature and readiness to work beyond their limits can be the cause of stress and physical exhaustion.

These people often put a lot of burden and obligations on their shoulders, working two jobs or working overtime, which all takes its toll on their health.

In some cases, these people can be prone to fears and worries. It is important for them to establish a healthy balance between work and resting.

These people can be prone to fears, especially regarding their health; they can also be afraid of doctors and be prone to experiment with natural herbs and medicines to improve their health conditions rather than seeking professional help, which can in some cases prove to be harmful for them.

People who are 3 of spades often do several things at once. They possess the ability to work simultaneously on several tasks and perform them with quality. Sometimes this shows as overwhelming for their health.

Their creativity helps them achieve success in their career. They can sometimes be very indecisive about their career choices.

This area can be their weak spot, and they need to be careful when deciding which path to choose.

Sometimes because of their indecisiveness and often fear of taking risks, people who are 3 of spades end up doing boring and unfulfilling jobs which are way beneath their qualities and abilities.

They need to dig deep and discover which job will make them happy as well as provide for them financially.

The 3 of spades personality often inhibits their creative urges.

These people need to be very careful because it is easy for them to waste their God-given talents due to fear and lack of ambition.

If they feel that their current job is unfulfilling and is making them unhappy, that is a certain sign that they should change it.

It often happens that the 3 of spades person ends up receiving some kind of help from women with strong personalities, especially in their work.

It is advisable for them to partner with such women because such moves will ensure their success.

For the 3 of spades person, it is normal to offer their help to others. They enjoy making others happy and they have magnetic influence on their surroundings.

People love them for their generosity and kindness. They are social and enjoy meeting new people. They often travel for busines and pleasure.

Because the three of spades has a heavy nature, these people often experience disappointments in life, usually because of a betrayal of their partner or someone close.

The disappointments can also be caused by money issues, which is why it is advisable for these people never to lend money to others, but also avoid borrowing money from people.

The nature of this card often speaks about money issues due to some kind of deceit.

These people might experience scandals and problems due to people gossiping about them, but also, they need to avoid gossiping about others because this kind of behavior can be the cause of many unwanted problems and situations they would rather avoid.

The 3 of spades soul card is the 6 of diamonds. This card symbolizes debt and the person’s value of money.

It indicates that the 3 of spades person is always aware of their finances and obligations.

These people can have many interests which prevents them from focusing on one and finishing it completely.

This can lead to many unfinished tasks and sense of guilt.

It is important for them to have strict boundaries and not allow their focus to split in many different directions.

These people also have many people in their life which also distract them from their duties.

They need to work on building their sense of responsibility and become more organized.

They need to say no to things and people who are not their priority.

This is the only way they can expect to make the most of their talents and abilities.

In some cases, people who are 3 of spades might be prone to mix personal and business matters, which can lead to disappointments in both spheres.

They are not the most disciplined workers, and this is another trait they need to work on strengthening.

Their need for freedom often leads them towards creative jobs, which require a lot of movement and travel.

They need to be on the go. Their work is often related with traveling and foreign countries.

It is important for these people to become disciplined when it comes to their work, because only that approach will provide them with secure income and future stability.

They are aware that success for them doesn’t come easily and they need to work hard to achieve it, but once they have the routine of putting in the effort and being disciplined about their work duties, achievements are inevitable.

3 of Spades Card in Tarot and Cartomancy

In cartomancy and tarot, the 3 of spades (three of swords) is a card with bad reputation. It is usually considered a sign of sadness, grief, period of depression, weakness, tears.

It is usually linked with emotional disappointments, endings, and betrayal.

When the 3 of spades card appears in a spread it is often an indication that the client might experience relationship difficulties, cheating and endings.

This of course needs to be confirmed by the other cards in the spread.

In worst cases this card is a sign of a breakup or divorce.

This card is often a sign of lack of commitment.

In some situations, the 3 of spades can be an indication of a short illness. It is a sign of temporary unpleasant events which might not leave a lasting impact on the client.

These are often daily difficulties which everyone of us is facing.

Sometimes this card in a spread is a sign of problems and difficulties that the person might experience as a result of lack of action and carelessness.

More Destiny Cards to Discover: Ace of Spades | 2 of Spades