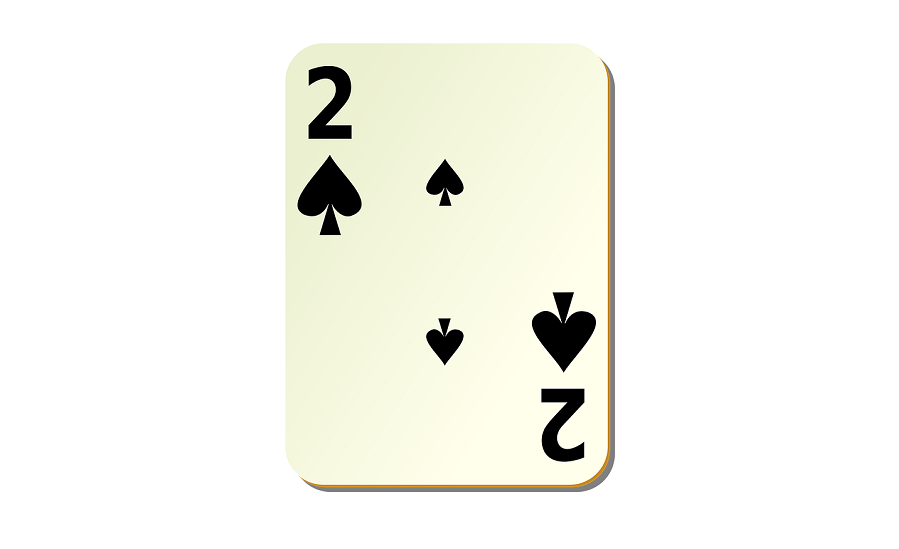 The history of cards goes back in time. According to widespread belief, cards most likely originated in Asia.

It is not certain when the first deck of cards appeared, but they appeared in Europe by the end of 1300s and beginning of 1400s.

Many people believe that traders or gypsies brought them to Europe from the East.

Some people have a theory that cards were first developed in Europe.

Many people and cultures participated in the development of the modern deck of 52 cards which we all know today.

At first, their production was very expensive because they were hand-painted, but in time, they become a much more available item and their mass production started.

The modern suits icons (diamonds, hearts, spades, and clubs) were developed by the French.

They also divided the suits in red and black color. Americans added the Joker cards.

The spade term has origin in the Italian word “spada”, which means sword.

The spade equivalents to the sword suit in Tarot.

People who have a spade personality are usually very physically active. Their nature is earthy, and they are very thorough.

They are not afraid to put in the hard work to get to the essence of things. They are also ready to do what it takes to fulfil their soul’s needs.

These people need to be of service to others. They are also in pursuit of higher knowledge. Their nature tends to be quiet and they can be prone to despair and suffering.

They often experience hurtful events which lead them to transformation and spiritual enlightenment.

They are often intuitive and use their knowledge to help others. They are good at individual work and they also possess good leadership skills.

The card with the value of two has a meaning of unity and cooperation. It is the card symbolizing relationships and compromise.

It has a feminine and receiving quality.

The 2 of Spades card is sometimes called the fear card, which refers to the fear of loneliness.

This might refer to the fear of loneliness which a 2 of Spades person often feels, or it might be a current situation which the client is experiencing if the 2 of Spades card appears in a card spread.

2 of Spades Card – Meaning and Symbolism

This card’s energy is not light; it represents obstacles the person needs to overcome to establish a satisfying and balanced love and professional life, as well as a stable financial situation and security.

The 2 of Spades personality usually has a harmonious and balanced nature and they strive to find these qualities in every partnership they establish.

They are born peace-keepers and they make good mediators between people. These people can be prone to insecurities, especially regarding their partnerships.

They can be extremely anxious and even depressed, especially when they are single. For many of them being in a relationship instills a sense of security and fulness.

Many of 2 of Spades personalities don’t feel whole unless they are in a relationship.

2 of Spades people don’t like loneliness. They are naturally drawn to unity and desire to be in a partnership. This desire is usually at the top of their life priorities.

They have unique personal qualities, especially in relation to other people. They enjoy giving advice and counseling others.

They need solid ground and stability in their life, and it is strongly advised that they stay away from any bad habits and addictions.

Their major life experiences will most likely be related to their work life, spirituality, wisdom, intelligence, health, and dying.

Many of them improve their status and financial situation through marriage or partnership. They often form busines partnerships with their romantic partners and/or their friends.

They are sensitive and their feelings can be hurt easily; they can harbor a lot of resentment as a result of unspoken words and hurt feelings.

Two of Spades personalities are usually very responsible and organized. They usually take good care of themselves and have good habits. They also tend to have a physically active lifestyle.

Some Two of Spades personalities are very intuitive and interested in matters such as spirituality and occult.

Their mind is logical and organized which is a trait that is not always of much use in their personal affairs.

In general, these people are born with good relationship Karma which often brings them long-term and stabile relationships.

These people are loyal and committed partners and spouses.

In some cases, these people wait till later in life to find their romantic bliss and establish a stable partnership.

This often happens because of their sometimes overly suspicious and cautious nature which does not allow these people to relax and begin a romantic partnership before getting to know someone really well.

Sometimes these people are insecure and have doubts about their self-worth and they don’t feel that they deserve to be in a committed partnership full of love.

In some situations, these people have fears of intimacy and these are all issues that they need to work on discovering and resolving first to be able to enjoy a satisfying love life.

In general, these people need to work on improving their nature and trying to become more relaxed when it comes to relationships and serious commitment.

The soul card of the 2 of Spades is the 6 of Spades. This often indicates some kind of karmic debt which the person will be forced to repay through some work related issues.

It is also important for these people to establish healthy life habits. The 6 of Spades gives the 2 of Spades person a longing for peace and stability.

The Two of Spades can sometimes make a living in the entertainment industry as well as in technology related professions. They make responsible, dependable, and loyal workers.

Even though they usually have strong intuition and sense of inner knowing of things, these people often neglect these gifts and miss the opportunity to develop them further, mostly because of their focus on the three dimensional material reality which surrounds them.

Some of them might be prone to avoiding deep commitments because they were hurt once.

It is hard for them to forget and dissolve the pain when they have been betrayed by someone they cared about deeply.

The 2 of Spades person is a loyal and devoted friend. Their friends make an important part of their lives.

If some of their friends betrays them or hurts them in some other way this causes great disappointment and fuels the person’s insecurity and fears in personal relationships.

Sometimes the 2 of Spades personality is overly dependent on other people’s opinions and validation, especially their loved ones and friends.

It is important for them to build their own sense of security and confidence.

Because of their sometimes weak constitution, these people must be very health conscious and pay attention to their health and diet.

They need to refrain from any stressful activities, especially work related. They need to make sure they don’t overwork.

If they choose a spiritual career these people can become very successful because they will allow their inborn gifts to develop even further.

Their natural desire to help others combined with their special spiritual gifts is a winning combination.

Many of these people are unaware of their special abilities and many tend to ignore them which is a terrible waste of gift.

Some of 2 of Spades people can use their special abilities to harm others; these are usually the ones whose soul is burdened by heavy Karma which tends to express in such behavior.

Some of them can be teachers who transfer their knowledge to other people.

2 of Spades Card in Tarot and Cartomancy

The 2 of spades in cartomancy is a symbol of duality and difficulty of choice. It can represent the duality between virtue and vice.

The 2 of spades can sometimes represent moral issues; sometimes it can represent a stalemate, a situation which isn’t moving from its course.

When the 2 of spades appear in a card spread this often indicates that some major decisions should me made about issues that are bothering the querent (client).

The 2 of spades card can also indicate some circumstances where a person lacks initiative or energy to take action.

Sometimes this card can be a sign of someone trying to cheat the client in some way (often related to finances).

It is advisable for them not to lend money to people when the 2 of spades appear.

This card could also indicate unforeseen expenses, or it can indicate some kind of scams regarding money and credit cards.

For some, when the 2 of spades appear in their spread, this could mean cheating on a personal level; this can sometimes indicate that the person might be cheated on by their partner or spouse, but other cards in the spread should back up this indication.

This card can be a sign of distrust and a period of instability in personal relationships.

The two of spades card can often be a sign of indecision, confusion, stalemate, avoiding dealing with a situation, etc.

In some cases, this card can indicate overthinking and fear of an outcome.

More Destiny Cards to Discover: Ace of Spades | 3 of Spades