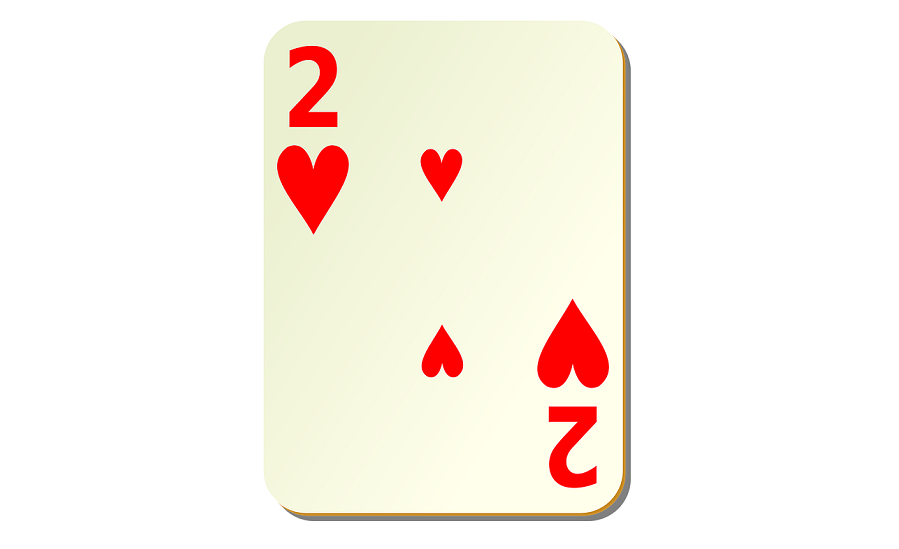 The common theory about cards puts their origin sometime in the 10th century AD in China.

From Asia cards found their way to Europe most likely through merchants, sometime in the 13th and 14th century.

Italy and Spain were the first European countries where cards were brought.

These first card decks were only in possession of the rich because they were a costly and luxurious item.

They were hand-made and hand-painted which was expensive.

When they become cheaper, their spreading across Europe and the rest of the world started.

Cards in this suit give traits of purity, receptivity, adaptability and similar.

Those who have a birth card from the hearts suit are usually very emotional and sensitive people.

Their reactions are motivated by their heart more than their mind.

They need to learn to control their emotions because such reactions are hurting them the most.

Heart people are spontaneous and open-hearted.

They are open to new experiences and meeting new people.

They enjoy communicating with people and helping them.

It is easy for them to express their emotions and most of them enjoy telling others how they feel.

Usually people who have a tendency of suppressing their emotions can have these negative traits of the hearts suit.

It is important for them to learn how to heal their emotional issues and become more open.

2 of Hearts Card – Meaning and Symbolism

2 of Hearts is a card of unions, love, but also fears of unions and love.

This card can give a tendency of avoiding commitment and love due to fears.

Deep down there is deep longing for union and emotional commitment, which can be established after first overcoming the emotional issues regarding love and commitment.

Only then it is possible to establish and maintain a loving and meaningful lasting relationship with someone.

2 of Hearts people usually long for a loving and committed relationship with one person, but often experience difficulties in achieving this goal.

Many of 2 of Hearts people run from love, and occupy themselves with other things such as money, financial security, and meaningless contacts with people, preferably people of influence which might help them in achieving their financial goals.

They need to feel loved and love someone and have kind hearts and nurturing nature.

These people know how to take care of their loved ones.

They don’t run away from their responsibilities and perform them selflessly.

They want to establish peace and harmony in their lives, and financial security is at the top of their priorities in achieving that.

Another priority is emotional security, and many of them have a problem achieving this type of security.

This is where majority of their life lessons will come from.

These people might appear different from most people because they have a unique way of looking at things.

They can be a bit of perfectionists especially regarding matters of love.

2 of Hearts people often have a problem reconciling their desire for a perfect love relationship and their need for good education and professional success and achievements.

Sometimes they are forced to give up on one, either sacrificing their desire for intellectual and professional success for love or sacrificing love for the sake of their education and career.

There is often love or professional connection with foreign countries which can also represent a problem.

2 of Hearts people are very attached to their families. Often marriage is dictated by reasons of financial security that can give them peace.

This is not a good idea if there aren’t any feelings involved because the person later realizes that they are missing an important part of a relationship (emotions and love) which cannot be compensated with money.

For these people love is very important, and it shouldn’t be sacrificed for any need or fears they might have.

Because they love the security and comfort money can provide them, 2 of Hearts people are focused on earning money, and they know the importance of having a social network of affluent people.

These people love people and love exposing themselves publicly, which often attracts them to acting, music, arts, etc.

They are creative and these professions can ensure the financial security they crave for.

These people don’t have many struggles in life, because things tend to come to them without much effort.

They get what they want without sweat and can often take things in their life for granted.

They are not adventurous, and they strive for a peaceful and harmonious life.

They love to travel, but they travel for leisure and need to have comfort while away on a trip.

2 of Hearts are kind and helpful beings.

They sincerely love helping others and making them happy.

They are responsible and tolerant people and can get along well with almost anyone.

Their sense of duty is high.

2 of hearts people are excellent in the trade profession, as well as negotiation.

They have good mediating skills and are willing to make compromises.

Their good connections and social skills ensure the success of their business endeavors.

They are also good diplomats and politicians.

They are often in some government institution and public administration.

They can be good mathematicians and engineers as well.

Even though many of them have financial fears and worries, in most cases, these people don’t need to worry about money at all.

These people have many friends, and they are very loyal and devoted to them.

They help their friends but also can rely on their help as well.

They need company of other people and love making gatherings where they will spend time with their friends.

They are usually the initiators of such gatherings.

Some of these people cannot stand being alone and they don’t choose wisely their company.

These people are practical and are not afraid of hard work.

Some of them might be stubborn and refuse listening to anyone’s advice.

This is not always the smartest attitude which they learn through their own examples.

Their desire for company is often the cause for wrong choice of partners.

Some of them would rather be with anyone than alone.

This is the cause for many disappointments and hurt feelings.

They need to learn that they cannot compromise when choosing the right partner.

Closing their eyes to red flags can cost them much.

Also, it is not wise for them to mix their professional and love life.

2 of Hearts people are born only on 29th of December.

2 of Hearts Card in Tarot and Cartomancy

In tarot and cartomancy, the 2 of Hearts is considered the card of love.

When the 2 of Hearts appears in a spread, it usually indicates love union and passion between two people.

In a love reading, the 2 of Hearts is an excellent sign, because it indicates a new love union, or a stable and loving connection with the existing partner.

Those who are looking for love can be excited when they see this card in their spread.

It is the way the Universe is encouraging them to be patient because love is coming into their lives soon.

This card is a sign of deep connection between two people based on unconditional love.

This is a sign that a relationship has an excellent potential to be a lasting union.

The 2 of Hearts is all about partnerships and unions.

It might indicate forming a friendship with someone or a busines partnership.

This card can in some cases be a sign of starting a romantic relationship with a business partner or a friend.

In some cases, the 2 of hearts might be an announcement of engagement or marriage.

Sometimes it can indicate a proposal.

This card describes a love connection that is filled with respect and love.

The partners support one another in every situation.

This also needs to be confirmed by other cards in the spread, but in general the 2 of Hearts has the power to neutralize the effects of negative cards and bring out the best in them.

In questions related to business, this card is also a great sign confirming that the partnership with someone is an excellent idea that ensures the success of their joint endeavors.

This card indicates collaboration and joining forces of two people to achieve a common goal.

It reveals trust between two partners based on respect and mutual understanding.

When the 2 of hearts is reversed in a spread, this can be a sign to the client to focus their attention inwards and work on developing self-love and appreciation.

Maybe the client lacks self-esteem and love and experiences problems in their life because of that.

This card might be the sign from the Universe to them to begin loving themselves and appreciating themselves more so that they can attract the same from other people in their reality.

This card reversed might be an awakening call for the client.

They might begin a deep soul search to discover the reasons why they are feeling lack of love and appreciation in their life.

Through experiences or only through their thought process they will realize that the reason lies within.

When they realize that they are worthy of love and begin loving themselves, love will appear in their life in the form they desire.

They will stop experiencing love disappointments because of their wrong love choices and will finally be able to attract the relationship they truly desire.