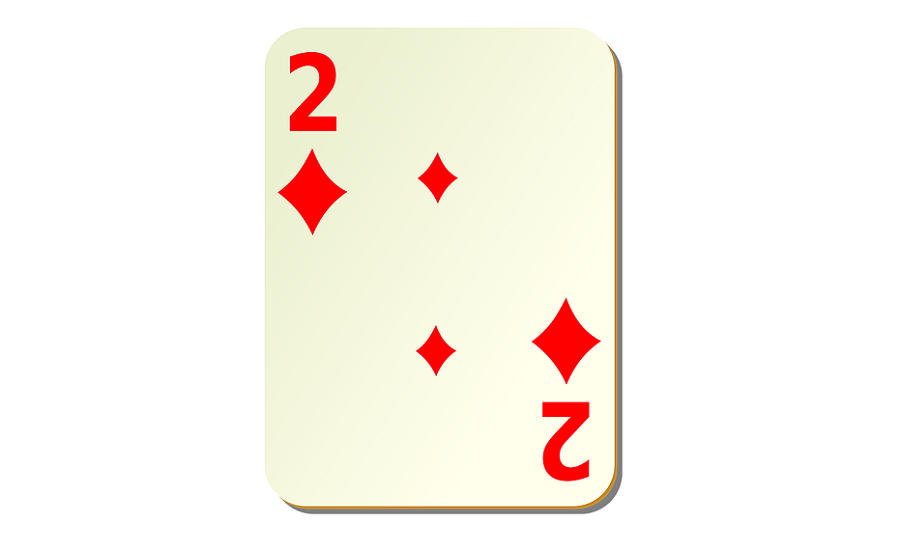 Cards have a long history. It is not known for certain where they originated, but many indications point to China as being the country of their origin.

It is believed that they were first made in the 1000s.

From Asia, cards find their way to Europe, around the end of the 13th and beginning of the 14th century.

Most likely they first appeared in Italy or Spain.

Because of that, not many people were able to acquire them.

As new, cheaper ways of their production were discovered, cards became more available to ordinary people and begun spreading across other European countries.

All these countries contributed to the modern outlook of cards.

The icon used for the suit of diamonds was used since ancient times as an image of diamonds.

This suit is a symbol of worth, money, income, materialism, value, harvest, turning thoughts to things, and similar matters.

People who are influenced by the Diamonds suit are in most cases focused on obtaining financial security and on the material realm more than on the spiritual.

The 2 card represents cooperation and unity. It symbolizes relationships and making compromise.

On the negative side, the 2 card is a symbol of indecisiveness, passivity, overthinking, co-dependency, depression, negative thinking, shyness, criticism, fear, loneliness, complaining, etc.

2 of Diamonds Card – Meaning and Symbolism

The 2 of Diamonds symbolizes companionship, partnerships, unions, cooperation for the sake of creating something material, such as money, income, status, real-estate.

This card represents business unions where people join forces to create something of value.

It represents income through partnerships or relationships.

The 2 of Diamonds personality is all about unions, associations, and cooperation.

They need some structure early in life to encourage them to take the right path and choose education and learning before they begin earning money and creating their financial structure in life.

If they start earning before they finish school chances are, they will never finish school, and this will certainly be painful in the future one way or the other.

The 2 of Diamonds shares the same concerns with the other cards from this suit, and these are the concerns about money and how to make more of it.

For them it is best to form partnerships and try to earn money through different kinds of unions and cooperation with others.

If they try to make money without anyone’s support or collaboration, this might turn out to be a failure.

If they don’t realize early in life the benefits of doing things in pair or with others, they are bound to experience some disappointments before they come to this realization.

The 2 of Diamonds often possess strong intuition and some even the gift of healing.

Medicine or some profession that involves helping people in their healing can be particularly appealing.

Because they are in most cases focused on the material side of life, they often don’t recognize these gifts.

People whose birth card is the Two of Diamonds tend to be communicative and easily come into contact with others.

They are fond of modern ways of communicating and they are present on all social networks.

This helps them expand their circle of business associates and ensures their business success.

These people are usually very confident and have trust in their ability.

They have a way of dealing with people in a compromising way avoiding conflicts and arguments.

Because they are usually lucky and don’t need to put in much effort for their plans to succeed, they can become lazy and not use their full potential.

Their enemy is also their lack of patience and boredom.

They have a talent for trade, and they could be very successful in this area of business.

The Ace of Diamonds loves to be secure and their security might also lie in the real-estate they possess.

They are also good at dealing with real-estate and profit by doing it.

These people are also successful investors because they intuitively know where to invest their money.

They also never put all their eggs in one basket, and they tend to invest their money in different areas to ensure successful income if some of their investments turn out to be failures.

The most important thing in the Ace of Diamonds life is financial security, and their greatest fear is the fear of lack and not having enough.

They need to work on neutralizing their fear and strengthening their confidence.

People from the Diamonds suit are usually the ones that have money fear despite the fact that they as a rule don’t have a problem earning money and providing for their financial security.

There is no reason for these people to be afraid for their financial future.

They have an inner knowing and talent for making money.

Their contacts with other people ensure their success.

They also possess the ability and the confidence to achieve success in whatever area they choose.

They don’t like routine jobs and a career in the entertainment business can be especially appealing to them.

It is important to follow their intuition when it comes to choosing the right career path because they might be led astray by their strong desire to earn as much money fast.

This can lead them to choosing professions where they only experience financial satisfaction, and their heart and soul remains empty.

Only when they choose a career listening to their soul, these people can achieve tremendous success.

They are usually very successful later in life; by this time most of them accumulate sufficient wealth to keep their confidence and peace at a high level.

Their health and overall wellbeing is usually related to their feeling of financial security; the more money they have in the bank, the better they feel.

The 2 of Diamonds people often marry for money or form relationships with people that can somehow elevate their status in society.

This often turns out to be a great mistake because these people deeply desire emotional fulfilment and being with someone that genuinely loves them, and whom they love.

They are a loyal and devoted partner and their relationships last.

They have a logical mind and are usually very organized.

Their income significantly increases by their middle age.

They achieve most success when they learn to use their intuition.

They can be successful in the field of communications because of their social skills.

2 of Diamonds Card in Tarot and Cartomancy

The two of Diamonds is not considered a strong card in cartomancy.

It doesn’t have a negative connotation though.

This card is a sign of some nice surprises and good news, often concerning money or some income, possibly through games of chance.

If the 2 of Diamonds is surrounded by negative cards, its meaning could not be as good, and in that case, it can indicate some kind of threat or unexpected event whose consequences might affect the client.

The 2 of Diamonds card in a spread can also indicate jealousy or someone trying to harm the client, especially in their professional field.

The 2 of Diamonds card in a spread is a sign that the client needs to make priorities and manage their time right, so they won’t suffer the consequences of bad organization.

It might also be an indication that some adaptation will be required from the client to some new circumstances.

If the card is placed reversed this can be a sign of bad prioritization, bad timing, and disorganization.

When the 2 of diamonds appears in a card reading and it is surrounded by good cards, this is a sign that the person will successfully handle the problems they are facing, especially regarding their finances.

It is essential to organize well and manages their time and resources.

This is usually a sign that the person has much on their plate, and they are handling many responsibilities at the same time.

That is why they should be well organized.

If the card is upright, this means that the person is good at dealing with all these roles, and if it is reversed it is a sign of problems managing them all at once.

The 2 of Diamonds card is requiring the person to take control over some situation.

It often appears in a spread during times of stress and overwhelming responsibilities.

This card reminds the client to take time and reorganize.

It requires prioritization of responsibilities.

Maybe the person has been overwhelmed with tasks they can simply delegate to someone else.

If the person is not good with their time management, the card is an indication that they need to change something.

Sometimes this card appears in a spread when some important tasks are ahead, such as paying some bills, or important deadlines which must not be missed.

The card is a reminder to the person to keep their life in balance.

If they have been neglecting their family because of professional affairs, maybe it is time to take a vacation and make up to their loved ones.

They need to balance their professional and private life.

When the Two of Diamonds card appears in a reversed position, it is often a sign of overload and struggle to keep up with obligations.

Maybe the person has a challenging schedule and are not able to keep up with it. This is a sign of build up stress due to many obligations.

It might also be a sign that the person is focused on one area of their life and others are being neglected.